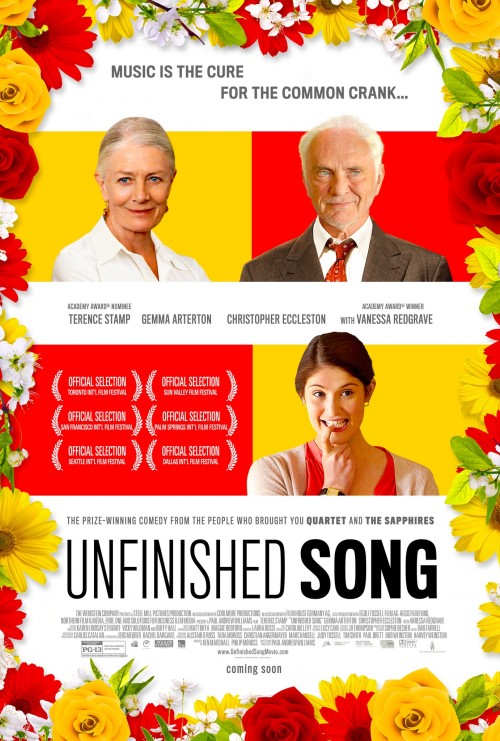 6.9
Unfinished Song, also known as Song for Marion, is about a dour and cranky old man named Arthur who is dealing with the impending death of his wife Marion. Arthur's attitude continues to grow increasingly angry and sour as the days progress, eventually causing him to lose his composure when the senior choir that Marion participated in appears to sing outside their window. It's after this that Marion makes a final request of her husband: To be her substitute in the choir. Although Arthur has his doubts, he decides to honor his wife's final request, and its through choir that he manages to find peace and what it means to live.
MOST POPULAR DVD RELEASES
LATEST DVD DATES
[view all]