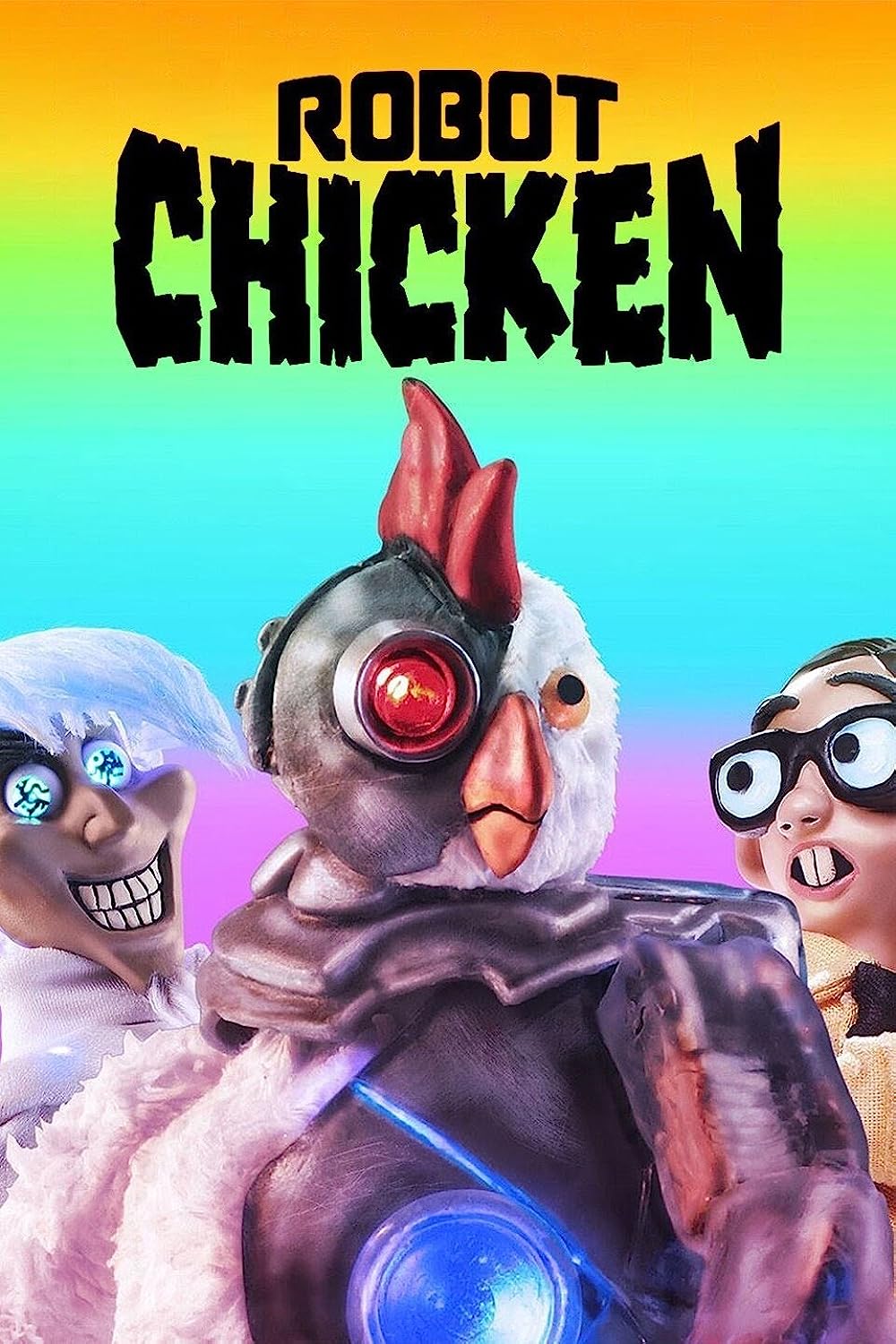 7.7
A stop-motion claymation animation series, Robot Chicken is often compared to the type of sketch comedy that is seen on the television show Saturday Night Live. The show concentrates on satire and showcases current TV shows, movies, music, and celebrities. The opening sequence of the show consists of a road-killed chicken being brought back to life by a mad scientist. The chicken opens his robot eye, pointing the laser right at the television audience. The thought, then, is that the audience becomes robots and is essentially "forced" to watch the comedy clips.
MOST POPULAR DVD RELEASES
LATEST DVD DATES
[view all]