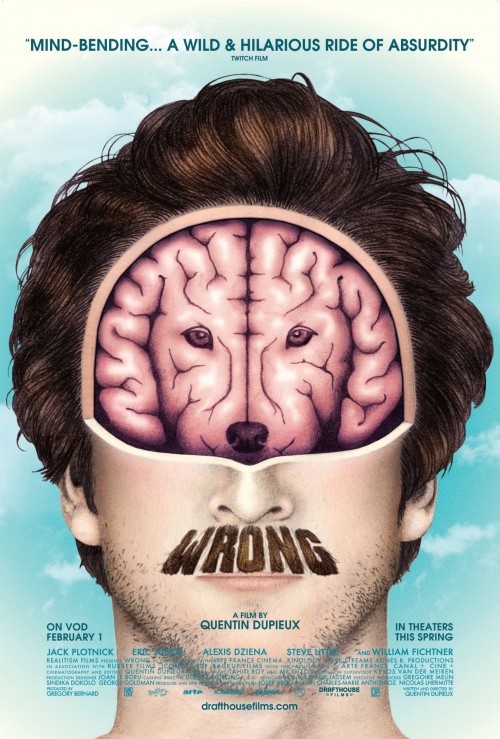 NR Comedy, Mystery
The products below contain affiliate links. We may receive a commission for purchases made through these links.
POSTERS
‹ ›

6.2
Wrong covers the plight of a man named Dolph Springer, whose beloved dog has just disappeared. Springer will do anything to have his dog back again, including risking his sanity. He goes through the motions of pretending to do his job, and he begins to notice strange things around him. It appears to rain inside his office, but none of his colleagues appear to notice. Springer also sees trees change form and similar warps in reality take place. Springer has several odd exchanges and interactions with neighbors, and he later runs inot a guru named Master Chang who tries to teach him how to reconnect with his dog on a metaphysical level. Chang is the one who has taken Springer's dog in the first place, so that he may take joy in witnessing the eventual reunion. The plan gets foiled when the dog truly does go missing, leaving Springer and Chang enlisting the help of pet detectives and thus only adding to the strange experiences in Springer's mind's eye.
MOST POPULAR DVD RELEASES
LATEST DVD DATES
[view all]