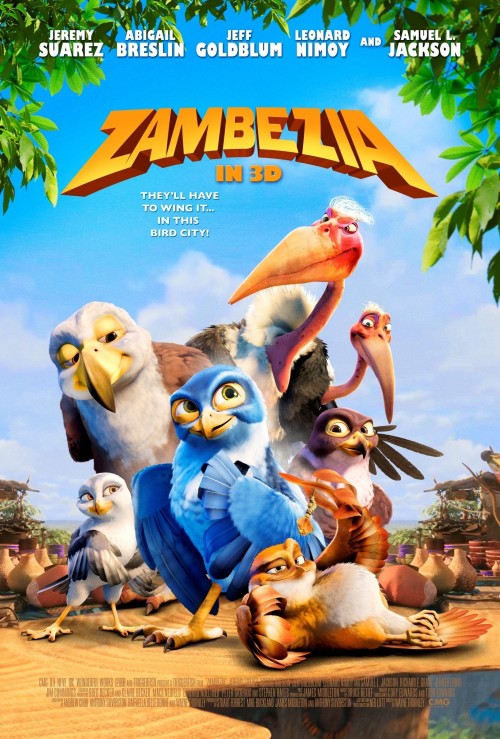 5.7
A lively falcon named Kai stars in the animated film, Zambezia. As restless as any human adolescent, Kai is bored to tears in his little hometown, where his only company seems to be his strict father. A ditzy stork named GoGo and a little weaver bird named Tini arrive, telling stories of a busy bird-city called Zambezia. Kai learns that his father has been to this magical place, and the revelation leads to a fight. Kai runs away. Arriving in Zambezia, which is a giant baobab tree, Kai meets birds from all over Africa who have gathered for an annual festival. Best of all, he meets a beautiful kite named Zoe, who is the daughter of the city's founder. Kai falls in love and earns a spot as one of the best fliers in the city. Meanwhile, a group of lizards led by Budzo plans to take over Zambezia. Budzo bird-naps Kai's father and Tini. Kai has to learn teamwork with his squadron and the Zambezia community in order to rescue his loved ones and earn the love of Zoe in the process.
MOST POPULAR DVD RELEASES
LATEST DVD DATES
[view all]