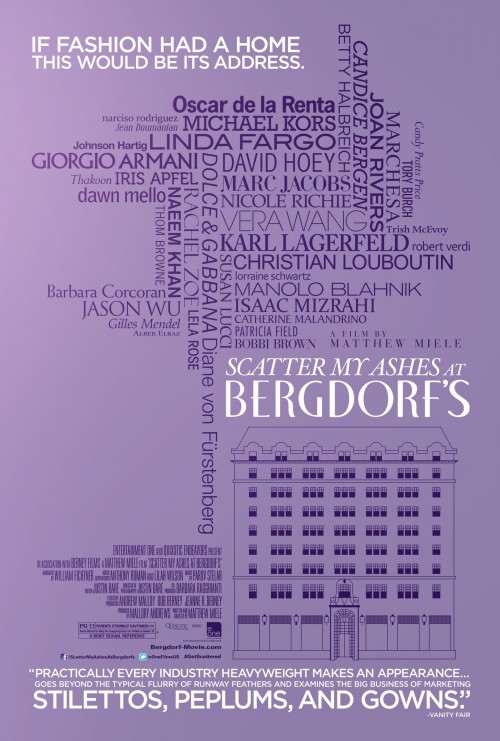 PG-13
The products below contain affiliate links. We may receive a commission for purchases made through these links.
POSTERS
‹ ›

6.2
"Scatter My Ashes at Bergdorf's" is a documentary narrated by William Fichtner. It contains interviews with many fashion icons including Vera Wang, Isaac Mizrahi, Diane Von Furstenburg, Giorgio Armani, Karl Lagerfeld, and Oscar de la Renta. It is a collage of American history and celebrity name-dropping delivered via enticing, seductive cinematography. The film is as beautiful as the celebrities and fashions it celebrates. The film covers the 114 years of history of the store and thereby touches on Hollywood and fashion industry history. The store is located in Manhattan, New York and plays an important role in the careers of fashion designers. The film delves into the importance of this department store to both the fashion industry and the identity and culture of New York City, thus covering its significance both locally and globally. The film is filled with amusing anecdotes, interviews with big name celebrities whose faces we all know, and industry insider information. Given that it is a documentary about a department store, it is surprisingly engaging, witty and fun. If you are interested in history, fashion or American business, you will find it time well spent. The film is a treat for the eyes.
MOST POPULAR DVD RELEASES
LATEST DVD DATES
[view all]