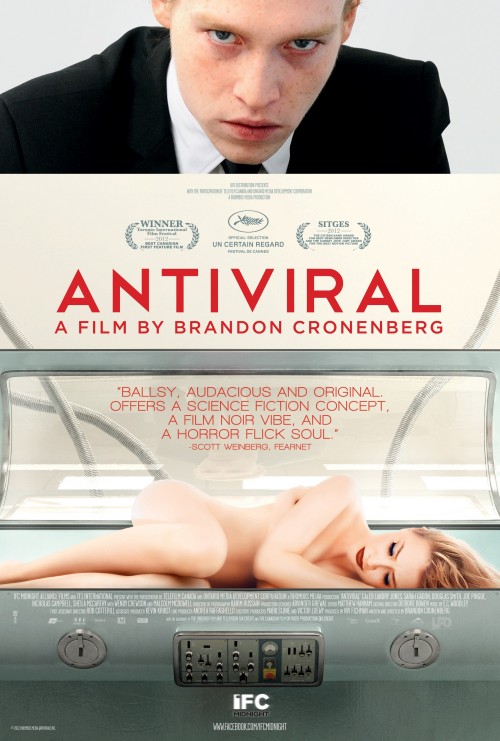 NR Horror, Science Fiction
The products below contain affiliate links. We may receive a commission for purchases made through these links.
POSTERS
‹ ›

5.7
It is not a happy future. Syd March is the protagonist. He works at the Lucas Corporation. His company harvest diseases from celebrities who are sick. It then sells the diseases to fans who are obsessed with the celebrities. They are injected with the diseased to feel a close connection to their celebrity obsessions. Syd is an effective salesman for the Lucas Corporation, but he also has a sideline stealing the celebrity diseased from the lab. He grows them in his own body, selling them on the black market. One day, Syd is asked to harvest a disease sample from one of the most famous celebrities in the world, Hannah Geist. He immediately injects himself with her blood, and then finds himself getting sick quickly. He goes home from work sick and passes out in bed. He wakes up the next day to find Hannah has died from her disease. Through a tangled set of circumstances, Syd is captured by devoted fans of Hannah. These fans are upset that they were unable to view Hannah dying from the disease, and they now want to make up for it by watching Syd die from the disease live on TV.
MOST POPULAR DVD RELEASES
LATEST DVD DATES
[view all]