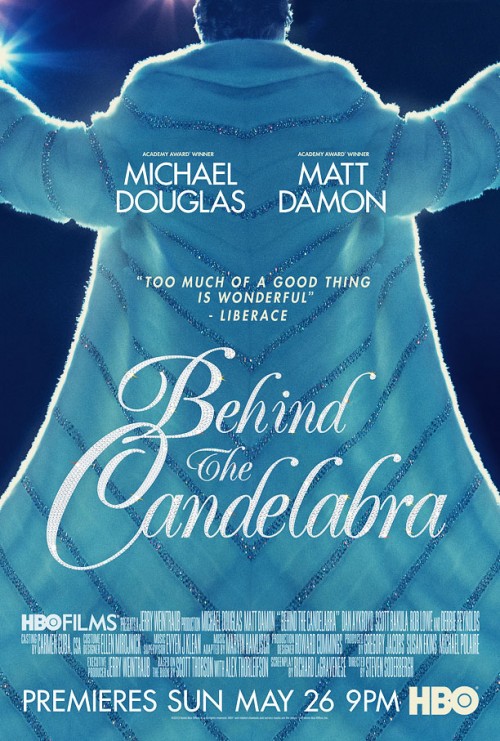 TV-MA Drama, Romance
The products below contain affiliate links. We may receive a commission for purchases made through these links.
POSTERS
‹ ›

7.0
With a flamboyant touch, Liberace was one of the world's most talented pianists. Starting at age 4, he showed a penchant for music and showmanship. "Behind the Candelabra" concentrates on Liberace's later years, with money and relationships flowing like rivers. Between 1977 and 1987, Liberace found a friend and lover in young Scott Thorson. Upset with his dog's blindness issues, Liberace meets Scott through an industry friend. Being a Hollywood animal trainer, Scott quickly helps the dog and secures Liberace's affections. Scott becomes Liberace's assistant, but the relationship slowly unfolds into a deep and neurotic love connection. With the excesses of fame and money, Liberace became obsessed with living forever. Scott becomes his muse and hopes to use plastic surgery as a transformation strategy. Liberace wants to see his reflection in Scott's face. Diving into Liberace's darker years, his relationship with Scott deteriorates as legal battles ensue. With Liberace's end nearing, the two must find a common ground of forgiveness and respect as disease wracks the performer's body. Laced with Liberace's numerous musical classics, "Behind the Candelabra" brings you into his inner sanctum of luxury and loneliness. You can have it all, but it is not enough. Liberace lives on through his music today.
MOST POPULAR DVD RELEASES
LATEST DVD DATES
[view all]