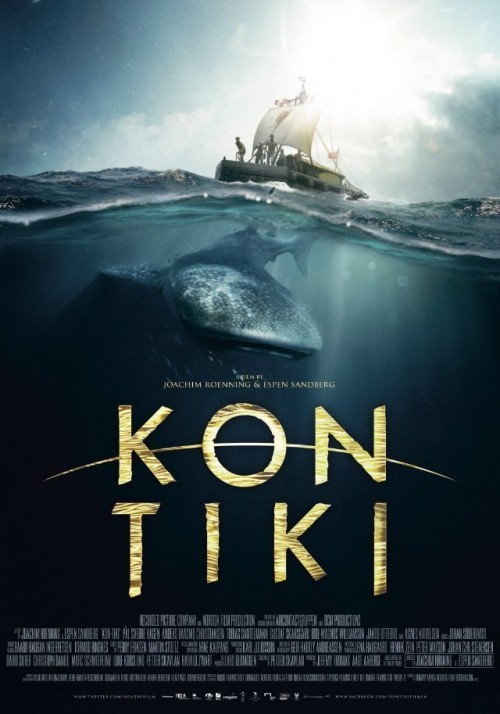 PG-13 Adventure, History
The products below contain affiliate links. We may receive a commission for purchases made through these links.
POSTERS
‹ ›

7.2
The film (which takes its name from the historic craft which actually made the crossing of the Pacific Ocean, Kon-Tiki, which in turn takes its own name from the nickname of an Incan sun god) centers on Thor Hayerdahl, his five companions, and a trans-ocean crossing designed to answer one question: Could the inhabitants of the South American continent sail to and settle upon the shores of Polynesia before Christopher Columbus ever set foot in the New World? The answer, as the world would soon see, was a resounding "yes". Kon-Tiki chronicles Heyerdahl's epic quest from start to finish. It shows how he and his raft-mates raised the money for the voyage (gifts from curious donors coupled with loans), the preparations for and foundations of the voyage, and of course, the events of the voyage itself. Heyerdahl filmed the whole thing himself, and the footage of the crossing, which took more than one hundred days, formed the basis for this film (and the eventual novelization).
MOST POPULAR DVD RELEASES
LATEST DVD DATES
[view all]