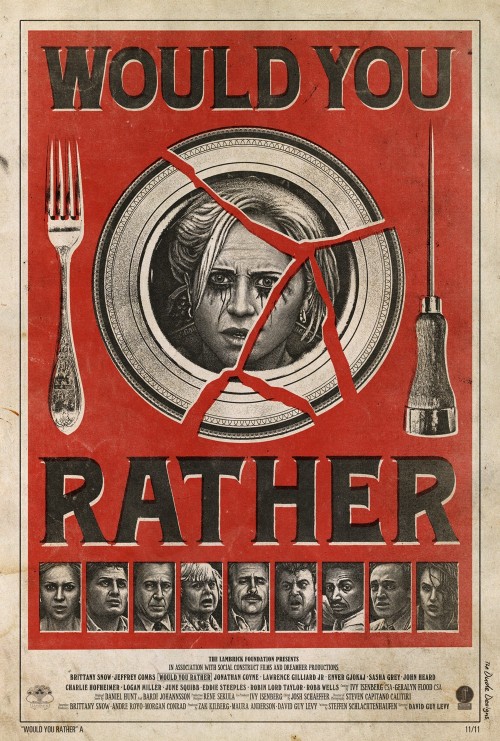 5.7
Desperate to pay for her friend's expensive leukemia treatments, a woman named Iris meets an eccentric billionaire who offers to pay for the treatments if Iris will go to his house and complete a party game called 'Would You Rather.' While the request seems reasonable, Iris soon learns that the billionaire's version of the game is much more twisted. It is violent, and potentially deadly. The game's players are given choices to either hurt themselves, and hurt and potentially kill others. The players must decide just how far they are willing to go, including taking someone's life, in order to collect the billionaire's money.
MOST POPULAR DVD RELEASES
LATEST DVD DATES
[view all]