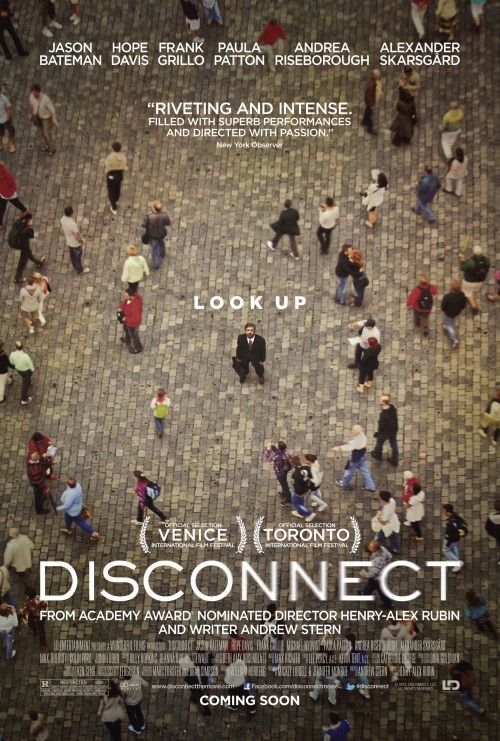 7.5
Disconnect is a film that skillfully intertwines three stories to offer a broader commentary on the impact of social media on intimacy, communication, and relationships. An ambitious journalist, Nina pays Kyle, a minor who supports himself through online sex work, to appear in an article. However, the FBI takes an interest and soon Nina compromises her story to give them Kyle's location. After the FBI raids his home, he seeks shelter in Nina's home. When she declines, he assaults her. Another story focuses on a couple who has experienced a miscarriage and identity theft at the same time. When they find out the thief is a member of their bereavement group, they begin stalking him. One day, they break into his home and have a violent confrontation. When he attempts to shoot them, the woman who lost the child talks him out of it. The third story shows three teens pretending to be female students and cyber-bullying another youth into sending naked pictures of himself. When the student learns the details of the prank, he tries to kill himself and becomes comatose. The bullies visit the victim in the hospital and his home, but do not seek forgiveness or resolution.
MOST POPULAR DVD RELEASES
LATEST DVD DATES
[view all]