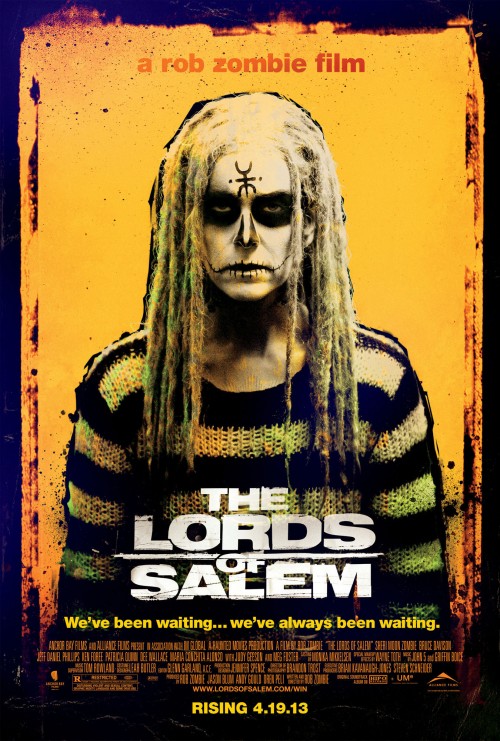 5.1
In modern day Salem, DJ Heidi Hawthrone spends her nights working as one third of the popular "Triple H" crew. What seems like a dream job of joking around on the radio and listening to new music quickly turns into a nightmare when Heidi receives an unnamed album from a group known simply as The Lords. The song is a strange cacophony of noise that seems to resonate with the women of Salem, Heidi included. Listening to the song seems to open Heidi up to a barrage of strange images, memories and experiences, all of which slowly begin to deteriorate her mental state and leave her questioning reality. These Satanic images continue to plague her and the coven of witches that live in Heidi's apartment building begin to prepare her to carry out the curse that was laid on her family during the Salem Witch Trials and become the vessel of Satan's offspring. A historian who tries to come to Heidi's aid is murdered by the coven of witches, leaving Heidi helpless to fight against her destiny. During a Satanic ritual disguised as a concert for The Lords, Heidi gives birth to Satan's malformed offspring and dozens of concert goers are sacrificed to the Dark Lord.
MOST POPULAR DVD RELEASES
LATEST DVD DATES
[view all]