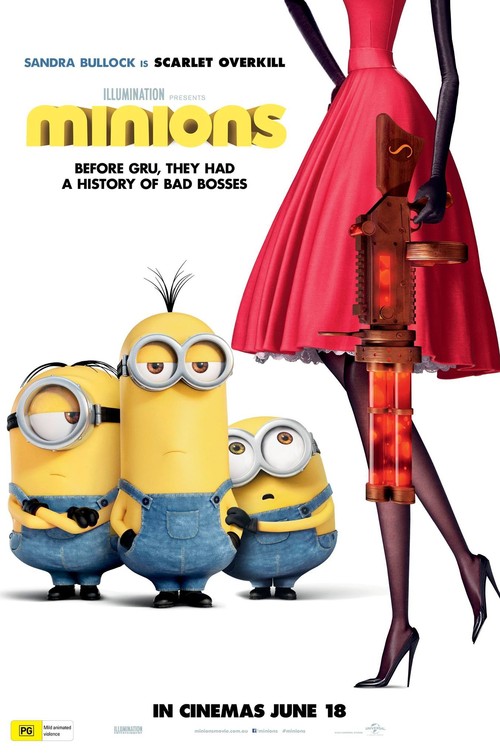 6.4
The minions serve Gru. These yellow-skinned henchmen help Gru when he is recruited by a secret organization. They cannot help getting into mischief of their own while trying to help him. Scarlet Overkill wants to take over the world. Along with her husband, they are plotting to overthrow the world with a plan that includes his inventions. The super secret organization that recruited Gru wants him to stop Scarlet before she can take over the entire planet. Can Gru along with the minions stop Scarlet and Herb before they bring havoc and chaos to the world?
MOST POPULAR DVD RELEASES
LATEST DVD DATES
[view all]