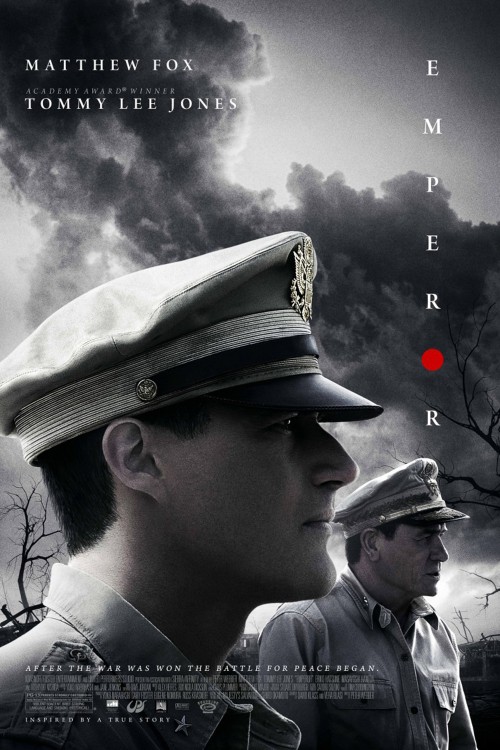 PG-13 Drama, History, War
The products below contain affiliate links. We may receive a commission for purchases made through these links.
POSTERS
‹ ›

6.5
It is 1945, and Japan has just surrendered, bringing a definitive end to the Second World War. Douglas MacArthur is left in command of the U.S. forces which occupy Japan, and now an aide, Bonner Fellers, is the general on MacArthur's staff who must decide whether or not the U.S. will hang Japan's Emperor Hirohito as a war criminal. Complicating matters is Fellers' own love for Aya, a Japanese exchange student to the United States from his past. After years of war and the hate that such conflict inevitably inspires, Fellers is left somewhat at odds - he loves Aya, and he scours Japan's decimated, war-torn landscape in an effort to find her. On the other hand, anti-Japanese sentiment and the dual burdens of making a decision re: Hirohito that will satisfy both the constraints of political expedience and the need to give a positive portrayal of American might and U.S. exceptionalism are high. As Emperor progresses, Fellers' search for Aya forces him to confront the human cost of war and the multi-layered dynamics of what his verdict - life or death for the semi-divinized leader of a defeated foe - will mean for himself, for Aya, and for the course of human history.
MOST POPULAR DVD RELEASES
LATEST DVD DATES
[view all]