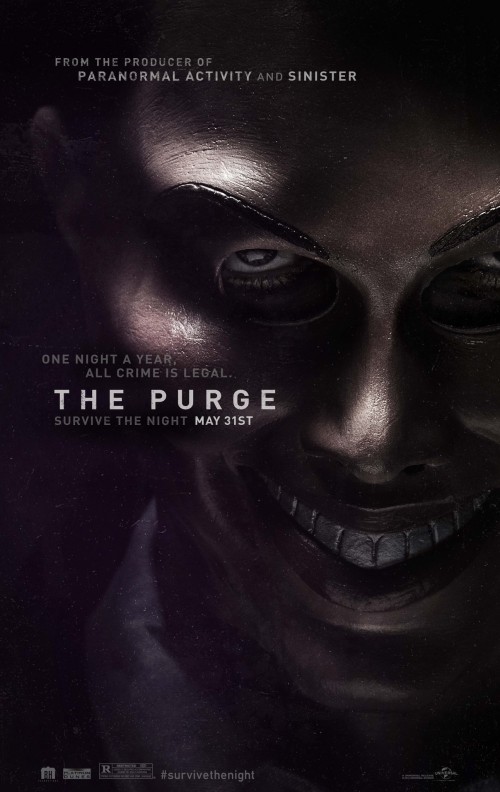 5.7
The Purge is a suspense thriller movie that involves a very wealthy family living in the year 2022. The new founding fathers of the country have created a 12-hour period where all crime, including murder, is legal. Because of this, the father of this wealthy family has made a killing selling security systems to other rich families who can afford to protect themselves on this eventful evening. Unfortunately, one of these purging nights proves to be hectic to say the least. The son of the family finds a homeless man begging for his life right outside of their home and he unlocks the security system to let the man inside. Little did he and his family know that a murderous cult was running after the homeless man in hopes to kill him during the purging event. Now, the murderous cult wants to get inside of their home and will use all means necessary to kill the family and the homeless man they were originally hunting down. The movie has a lot of twists and turns to it with a few scary moments thrown in for suspense.
MOST POPULAR DVD RELEASES
LATEST DVD DATES
[view all]