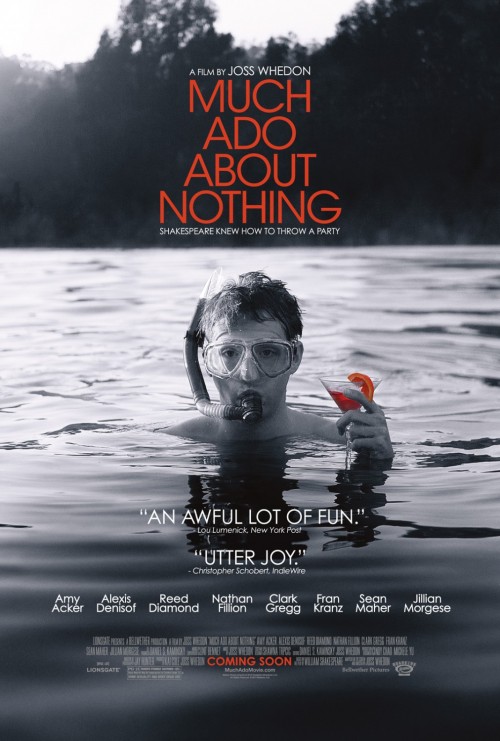 7.1
This modern take on Shakespeare's classic comedic play is shot in pristine black and white and stars Jillian Morgese and Reed Diamond in the lead roles of Hero and Claudio. Director Joss Whedon delivers a delightful and innovative take on a favorite play that maintains its genius right to the end. A group of friends, Don Pedro, Claudio, Benedict, Conrade and Don John stop for a visit at the home of an acquaintance, Leonato. Here the fun begins, as Leonato's daughter Hero becomes the instant object of Claudio's smitten desire, with Don Pedro scheming a way for his friend to win her heart. Meanwhile, Hero's best friend, Beatrice, proclaims her defiance and disdain for anything love-related to anyone who will listen. Beatrice's love-hate verbal sparring with Benedict, meant to be a mere sub-plot of the greater story, upstages the leads with its charged and often humorous energy. Don John, a misanthrope of the highest order, cannot bear anyone else's happiness and plots to subvert the growing relationship between Claudio and Hero by falsely implicating Hero as having been unfaithful to Claudio on the very night they are to be married. The resolution of the tale is masterfully achieved and shows that Shakespeare can still be a vehicle for a rousing and engaging modern story four centuries after it was first written.
MOST POPULAR DVD RELEASES
LATEST DVD DATES
[view all]