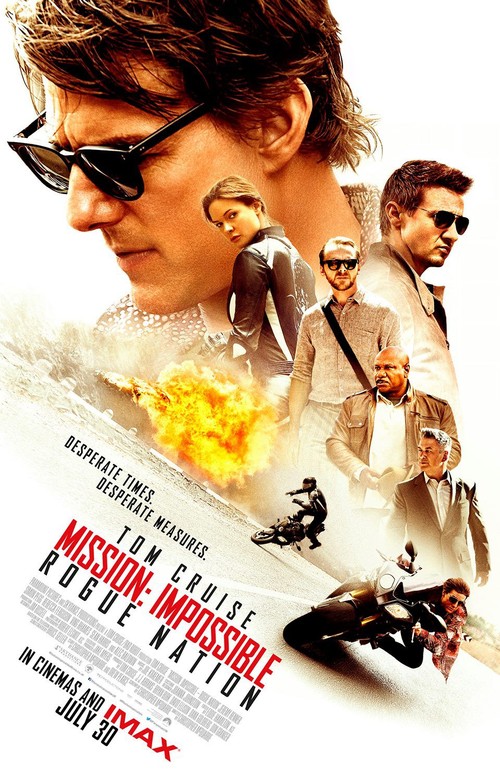 PG-13 Action
The products below contain affiliate links. We may receive a commission for purchases made through these links.
POSTERS
‹ ›

7.4
Ethan Hunt and his talented team are taking on a new mission, perhaps the most impossible one they have ever faced. They are now under threat of being harmed by the Syndicate. This is an organization that has become a legend in their world; it is made up of rogue operatives and assassins who kill on orders. This organization is just as skilled and talented as they are, and it is now focused on destruction of the IMF. Ethan gets his team together to prove the existence of he Syndicate, and to take them down any way that they can.
MOST POPULAR DVD RELEASES
LATEST DVD DATES
[view all]