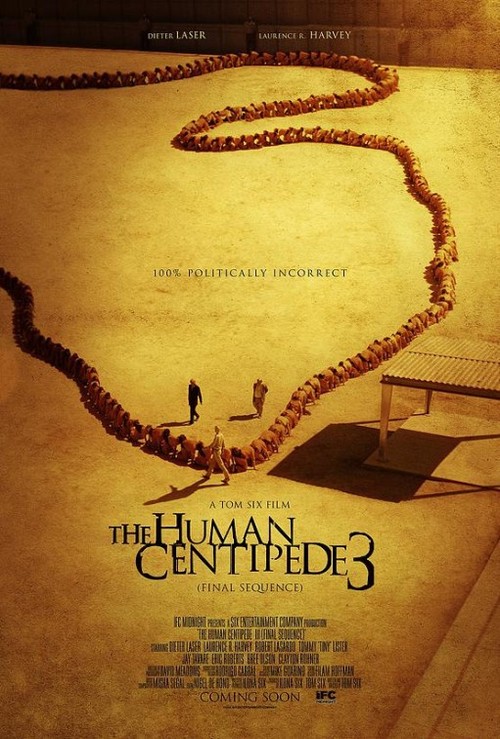 2.8
In this third installment of the Human Centipede trilogy, an evil racist duo seeks to create the ultimate 500 person human centipede. The unfortunate human subjects are culled from the general population of an American super-max prison. The monsters procure the help of an equally psychotic governor, who after doing some quick thinking after yet another prison riot, decides prisoners who misbehave will be secretly drafted into the horrible experiment. The victims, not nearly as meek as previous ones, put up a fight. Political incorrectness, self mockery, and the same copious amount of gore and shock value as previous installments are a promise.
MOST POPULAR DVD RELEASES
LATEST DVD DATES
[view all]