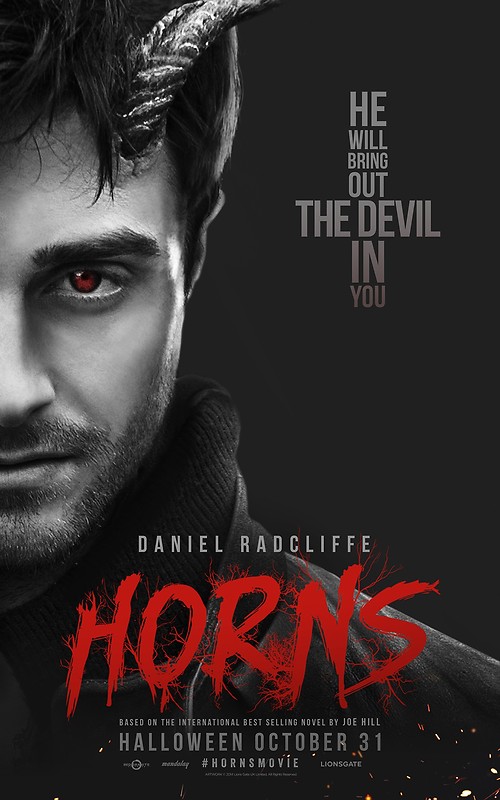 R Drama, Fantasy, Horror
The products below contain affiliate links. We may receive a commission for purchases made through these links.
POSTERS
‹ ›

6.4
In a small town, young radio DJ stands accused following the rape and murder of his girlfriend. After a drunken night, he wakes up to find two horns that have grown from his head and help him to uncover secrets. When in the presence of other people in the town, the horns suppresses the superego and gives others an unbearable urge to reveal their innermost desires. He uses the paranormal abilities of the horns to search for his girlfriend's true killer. The main characters struggles as he is torn between the poles of the dark force the horns bring about and good that exists at the other end of the spectrum.
MOST POPULAR DVD RELEASES
LATEST DVD DATES
[view all]