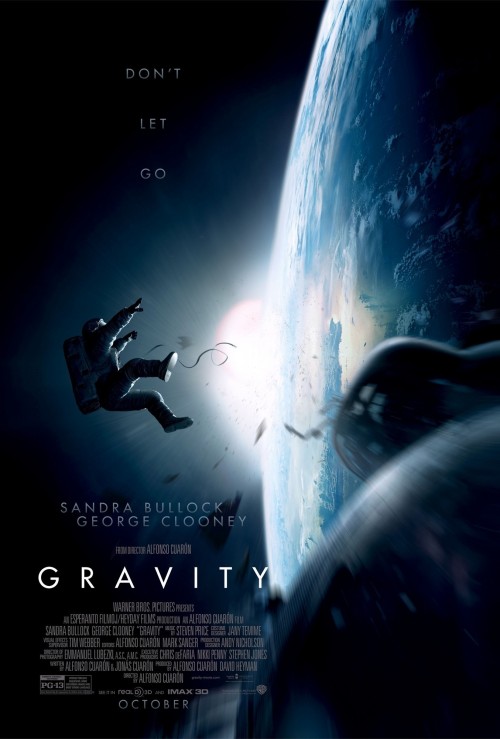 PG-13 Drama, Science Fiction, Thriller
The products below contain affiliate links. We may receive a commission for purchases made through these links.
POSTERS
‹ ›

7.7
Gravity tells the story of two American astronauts, Matt Kowalski(George Clooney) and Ryan Stone(Sandra Bullock), responsible for servicing the Hubble space telescope. A routine space walk turns into a fight for survival when a Russian satellite is destroyed and debris enters the orbital path of the two heroes. With their own shuttle destroyed, the two must put to use every ounce of their courage and ingenuity to survive the cold, brutal vacuum of space. When the two become separated, Stone must go-it-alone and attempt to find a safe route back to Earth amid the fiery ruins of an abandoned International Space Station. With depleting oxygen reserves and a narrowing chance of survival, she comes face to face with her own fears and doubts. Gravity is a thrilling and emotional tale of the triumph of the human will.
MOST POPULAR DVD RELEASES
LATEST DVD DATES
[view all]