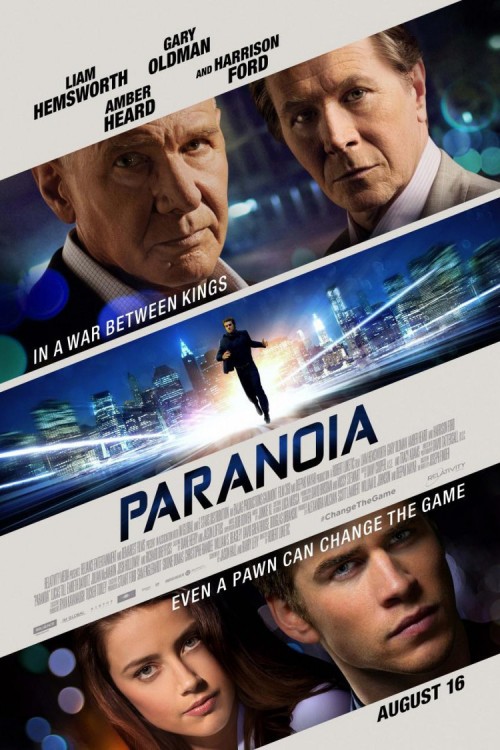 5.6
Liam Hemsworth stars as Adam Cassidy in this 2013 thriller. Fired from his position as a tech employee by his nefarious boss, Nicholas Wyatt (Gary Oldman, Cassidy finds himself being blackmailed by Wyatt into becoming a tech spy when he uses the company credit card to entertain friends at a nightclub. Cassidy infiltrates Wyatt's chief competitor's company, owned by Jock Goddard (role played by Harrison Ford). He wins his position by introducing Goddard to hacking software that can be used against the military. He seduces Goddard's marketing chief (Amber Heard) and lifts her fingerprints to gain access to Goddard's secret prototype cellphone. Wyatt's henchmen place bugs and cameras in Cassidy's apartment. He discovers and destroys them. Wyatt threatens to murder Cassidy's father (played by Richard Dreyfuss). Cassidy uses Emma's fingerprints to open a Goddard's vault. Goddard confronts him. Emma discovers Cassidy's identity theft and breaks up with him. Cassidy convinces his friend Kevin to help him get out of trouble. Meeting with Wyatt and Goddard, Cassidy reveals that their entire conversation has been sent to the FBI in exchange for amnesty. Goddard and Wyatt are both arrested, Cassidy reconciles with Emma, and Cassidy goes into business with his friend, Kevin.
MOST POPULAR DVD RELEASES
LATEST DVD DATES
[view all]