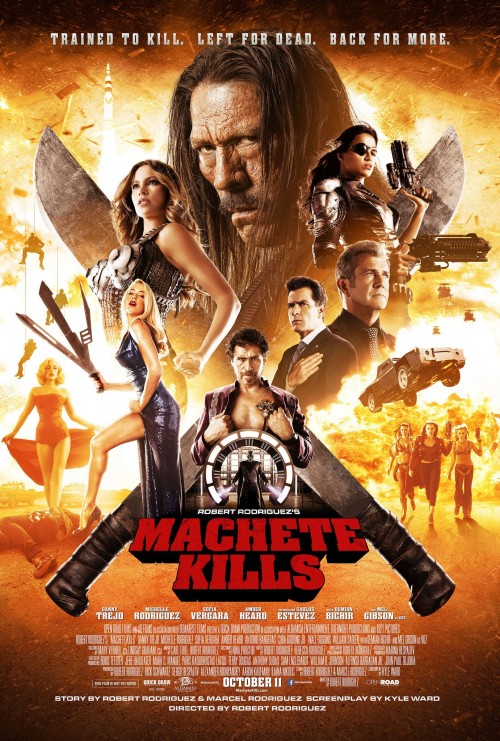 5.6
Machete Kills is a sequel to the 2010 film Machete. It is an ultra-violent tale of a former Mexican police officer named Machete that is hired by the United States President to travel into Mexico and hunt down a deranged Mexican revolutionary that has acquired a missile, which he intends to launch towards Washington D.C. As he hunts down the Mexican, Machete beings to realize that a secret criminal cabal that specializes in selling weapons is the group actually behind the threat, and Machete must foil their attempt to create riots and chaos throughout the world by killing the group's sadistic leader.
MOST POPULAR DVD RELEASES
LATEST DVD DATES
[view all]