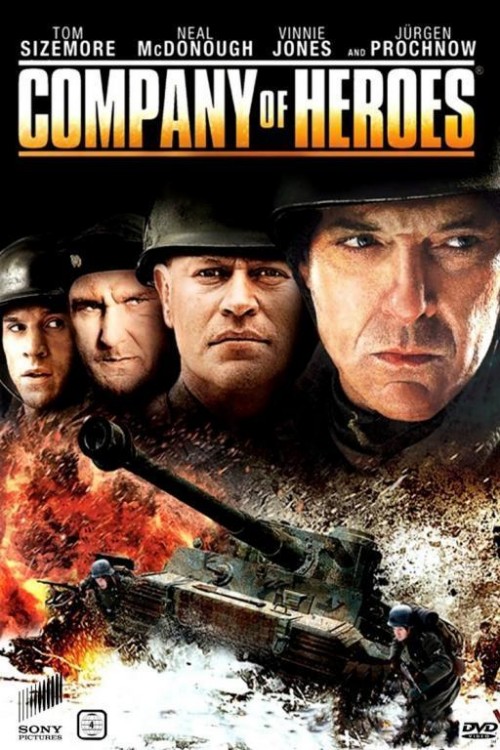 R Action, War
The products below contain affiliate links. We may receive a commission for purchases made through these links.
TRAILER

5.0
In the World War II movie, Company of Heroes, a troop of American soldiers find themselves separated from the Allied Forces and stranded behind the German front lines. The soldiers' trouble begins when they are ambushed while on a transport run. The troop sustains heavy casualties as they are caught under fire from enemy tanks and soldiers. The soldiers in the unit that manage to escape are unable to make it back to the military base and are left behind. While they are trying to find their way back to base without being detected by the enemy, the troop discovers that the Germans have developed a super bomb, which will give Germany extensive power to destroy the Allies. The troop also discovers that the Allies are trying to locate and recover the German scientist that is responsible for Germany's weapons program. Locating the scientist is complicated by the scientist's decision to defect from Germany. Against nearly insurmountable odds and at great risk to their lives, the troop launches their own search and recovery mission designed to retrieve the German scientist and help the Allies put an end to World War II and Germany's weapons program.
MOST POPULAR DVD RELEASES
LATEST DVD DATES
[view all]