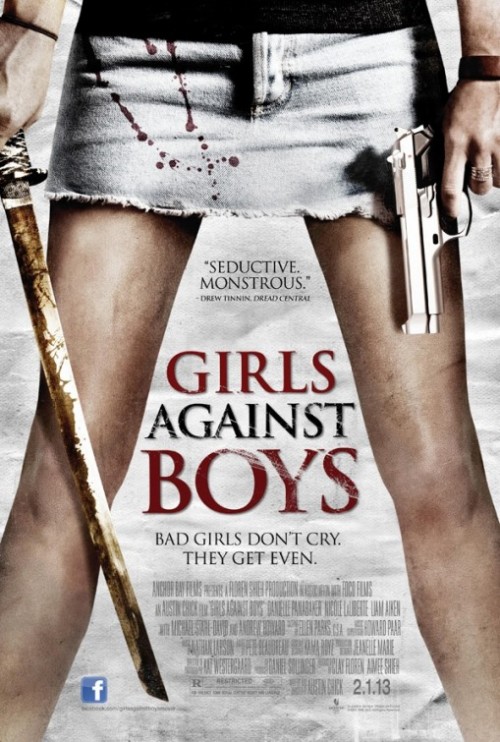 4.8
In the drama "Girls Against Boys," friends and co-workers Shae and Lulu are sick of being burned by men. The two of them, fueled by hurtful past experiences, have decided to take matters into their own hands and deal with their heartache in a more proactive fashion. Unfortunately, the remedy they develop is one fraught with violence and insanity. While Shae comes across as a fairly ordinary person who has had several bad breaks in the arena of romance, Lulu is quickly revealed to have psychotic tendencies, and her influence on Shae is dark indeed. The movie explores feminist ideas about female empowerment and posits the question of whether it is always a good thing for women to be strong and fearless. If this naturally ends in exacting a bloody revenge upon those who have acted badly, it's clear that there may be some wrong thinking involved. The movie encourages its audience to consider whether any act of violence is justified, even if it is in response to a previous act.
MOST POPULAR DVD RELEASES
LATEST DVD DATES
[view all]