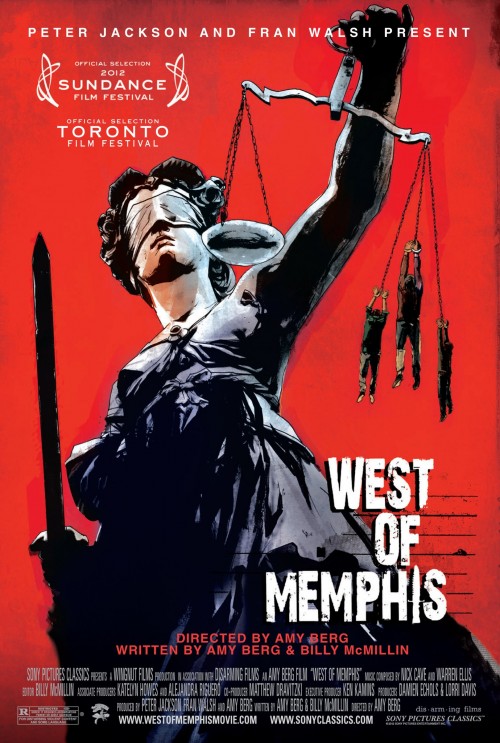 7.9
"West of Memphis" is based on the true story of how three teenagers were wrongfully convicted for the cold blooded murder of three young boys in 1993 in West Memphis, Arkansas. When new DNA evidence comes along possibly exonerating the convicted men, and a retrial was imminent, their prospect of finally going free is threatened by the bureaucratic West Memphis justice system. This film is a true-crime tearjerker. It tugs at the heart and soul in a story where a chilling crime touched the community and everyone is enraged for justice. The crime was believed to be influenced by the accused teenagers? cult association; the teens were quickly found guilty and were shown no mercy in their sentencing. In "West of Memphis," the evidence and trials are depicted in carefully documented and painstakingly accurate details. DNA evidence and proof that the confessions were coerced may not be enough to sway the Courts to retry the matter. Twenty years after the crime and conviction, the very same community rallies together again: this time to seek justice for the men who were innocent after all those years, and to find justice for the boys whose real killer who was still at large.
MOST POPULAR DVD RELEASES
LATEST DVD DATES
[view all]