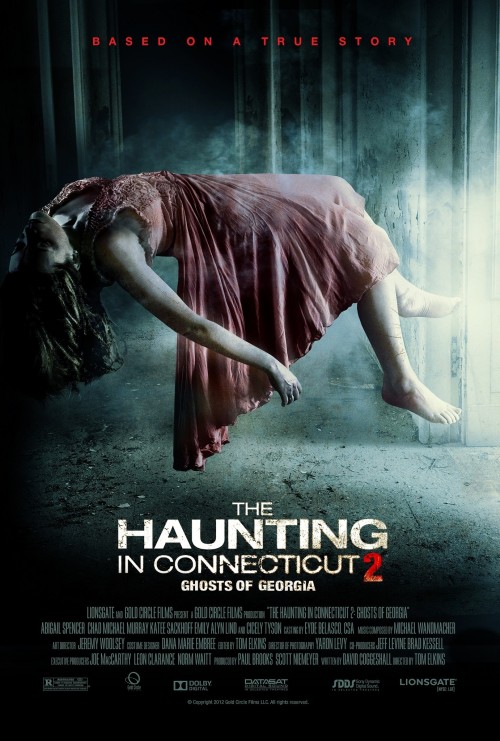 The Haunting in Connecticut 2: Ghosts of Georgia (2013)

5.2
Based upon a true story, the plot is centered around the Wyrick family, which includes Andy, the father, his wife Lisa, their daughter Heidi and Lisa's sister, Joyce. All three females are mediums. Mediums are individuals who function as communicators between our world and the spiritual world. Lisa has always had difficulty embracing her "gift." Joyce, on the other hand, has never been afraid of her gift and welcomes it with open arms. She's a free-spirited individual. Heidi is just now coming to terms with her gift. The Wyrick family relocates to Pine Mountain, Georgia. Their house is situated in the woods. Shortly after their arrival, Joyce shows up for a visit, but ends up staying in an old trailer that is already on the property. Soon, Heidi is seeing and communicating with spirits. She is befriended by one named Mr. Gordy. During a visit into town, Joyce learns that the property was owned by the Gordy family 200 years ago. It is also revealed that their house was an integral part in the Underground Railroad movement and that the station master, who was a very unpleasant human being, was hanged by the Ku Klux Klan. As the story unfolds, an explosive, dirty little secret is revealed, sending shock waves through the town and placing the Wyrick family in a fight for their lives.
MOST POPULAR DVD RELEASES
LATEST DVD DATES
[view all]