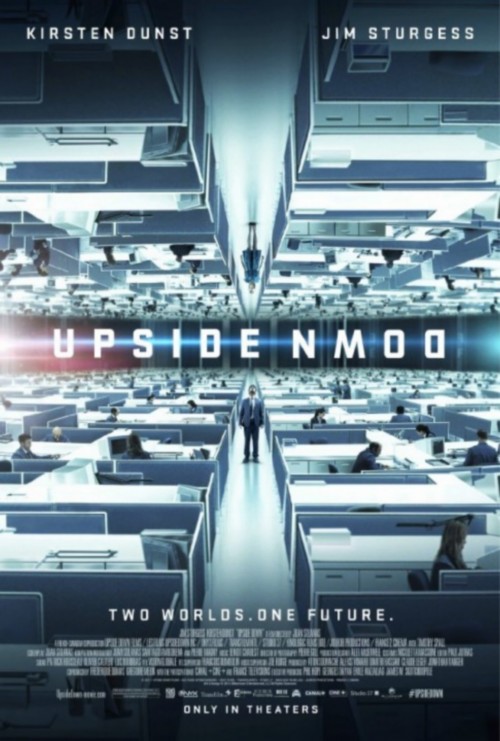 6.3
Adam lives on the planet ?Down.? This planet is unique in that it is located directly next to another planet with opposite gravity known as ?Up.? So when Adam, the impoverished boy from ?Down? falls in love with Eden, a girl from wealthy and luxurious ?Up,? they both know that they cannot possibly be together. Suddenly, during one of their clandestine meetings on the mountains of each of their worlds, the authorities show up and Eden falls back to her world, disappearing from Adam?s life. That is, until ten years later when he happens to see Eden on television. Seeing that she is still alive and well, he becomes determined to reconnect with his childhood sweetheart. Already working on an anti-gravity cosmetic product, he gets a job with TransWorld in the skyscraper that connects the two planets. Equipping himself with matter from ?Up,? he is able to momentarily visit Eden. Unfortunately, this is only to realize that she lost her memory on the day she fell and does not recognize him. However, Adam is desperate to help her remember and begins altering his anti-gravity product to negate the effects of gravity on both planets.
MOST POPULAR DVD RELEASES
LATEST DVD DATES
[view all]