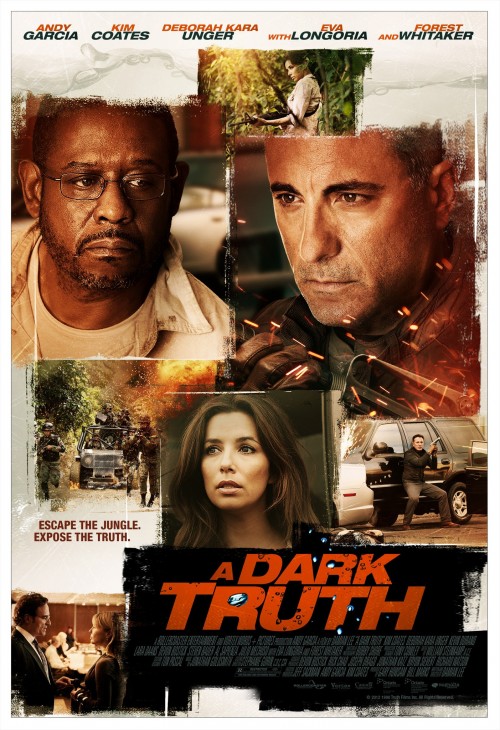 5.6
A Dark Truth is an action/thriller staring Andy Garcia, who plays ex-CIA agent Jack Begosian. After retiring from his job, Begosian goes on to become the talk show host of a politically-themed show. The main character is then hired by a woman in the corporate world whose goal is to reveal to the public the fact that the company that she works for has attempted to hide an entire massacre that occurred within a village in Ecuador. Begosian is thrown into the action the moment he arrives in Ecuador, where he soon meets an activist couple, whose roles are played by Eva Longoria and Forrest Whitaker.
MOST POPULAR DVD RELEASES
LATEST DVD DATES
[view all]