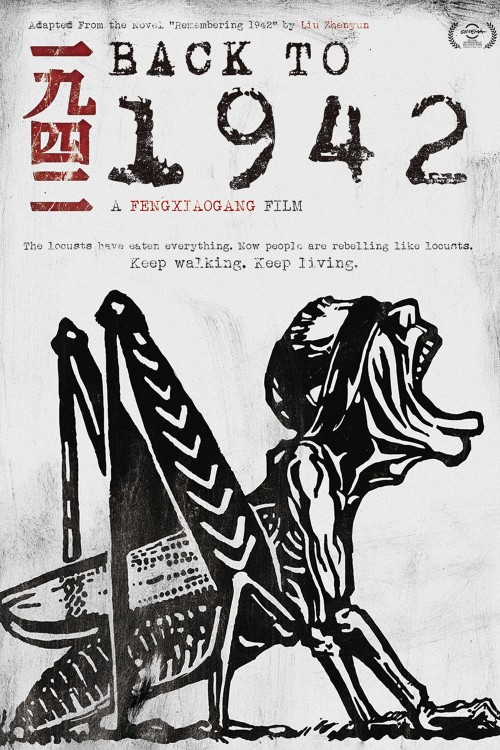 6.8
The movie Back to 1942 explores the horrific famine that affected Henan, China in 1942 during a war against Japan. The director took his inspiration from a novel entitled Remembering 1942. The movie begins by focusing on a wealthy landlord named Master Fan. Although the inhabitants of the Henan province are starving due to a severe famine in the region, Fan and his family are comfortable in his village. He shares his food with the neighbors until bandits invade the village, killing Fan's son and burning everything to the ground. Fan, his family and some neighbors flee together to the West. They are stopped by Chinese soldiers who steal Fan's food and money. Fan learns that famine and war equalize all men. Against the backdrop of tragedy, a man named Brother Sim explores the reality of faith during adversity. Although he relies heavily on Father Megan, the horrors of the situation cause him to doubt the existence of God. Meanwhile, a writer for TIME magazine, Theodore H. White, visits Henan to investigate the famine. His publication of the facts of the famine and war shames the Nationalist Government into stepping up the assistance efforts. However, even those good things are marred by local officials squabbling over the distribution of goods.
MOST POPULAR DVD RELEASES
LATEST DVD DATES
[view all]