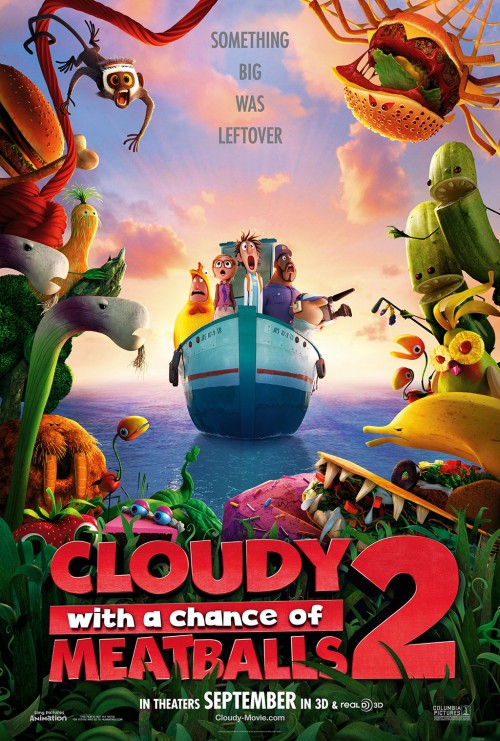 6.3
In this sequel to "Cloudy with a Chance of Meatballs", Flint and his friends are going back to Swallow Falls to destroy his machine, which has recently started creating monster food that is aimed at swimming to America to destroy Lady Liberty. At first, Flint thinks the endeavor should be fairly simple, consisting only of reaching his laboratory and shutting down the machine that's creating the food. However, when he and his friends arrive, they realize just how much food the machine has created, and their job becomes infinitely more difficult. With new animals like shrimpanzees and mosquitoasts, the amazing world that Flint's machine has created is beautiful, and not all of the animals are dangerous. But once Flint and his friends run into creatures like Tacodial Supreme, it's clear that the malicious food has to be stopped. With the help of a few additional friends they meet along the way, Flint and the gang are out to save the world once more in this action-packed and family-friendly film.
MOST POPULAR DVD RELEASES
LATEST DVD DATES
[view all]