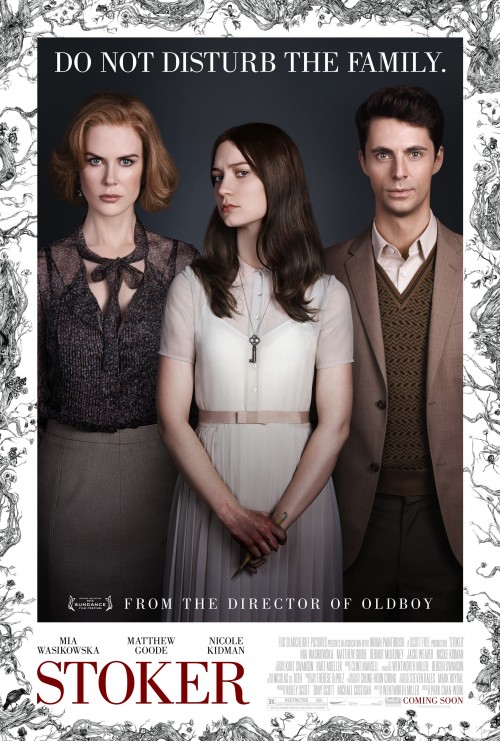 6.8
Darkly intense and overflowing with twisted psychological motives, Stoker begins with the death of India Stoker's father, Richard. At his funeral, India meets his brother Charlie for the first time. A self-described world traveler, Charlie commits to staying in town to help India and her mother Evelyn adjust to their loss. Mentally troubled, Evelyn is pleased with the new development, quickly forming an intimate relationship with Charlie. India is not similarly smitten, harboring suspicions about Charlie's intentions, especially after her neighbor disappears. The suspicions are well-founded; for decades, Charlie has been living in a mental institution for killing his brother Jonathon, and he has killed several people since his recent release. Unaware of Charlie's background, India has her own challenges, including a near-rape by a fellow student. Charlie murders the would-be rapist, and India helps him bury the body. Through a series of discoveries, India learns of Charlie's homicidal history, including his murder of her father Richard. By this time, however, India is strangely attracted to both Charlie and the act of murder. Ultimately, India is forced to kill Charlie to protect her mother. In the final scenes, she murders the sheriff investigating her rapist's death and flees town.
MOST POPULAR DVD RELEASES
LATEST DVD DATES
[view all]