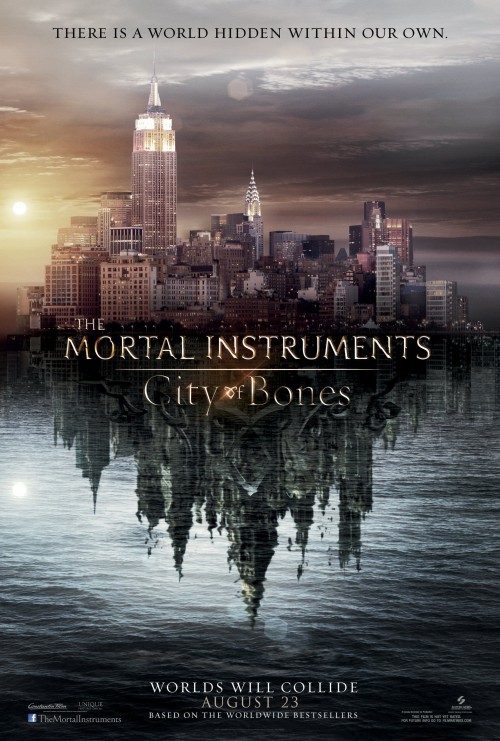 The Mortal Instruments: City of Bones (2013)

5.8
A mysterious symbol haunts young Clary Fray in The Mortal Instruments: City of Bones. Soon the New York teenager, played by Lilly Collins, stumbles into the scene of a grisly murder while out with friends. Supernaturally, Lilly is the only one who can see the killer, whose name is Jace. Clary's mother is kidnapped and Clary discovers she has supernatural powers as a Shadowhunter (which makes her a demon hunter), powers she has inherited from her mother. Jace reveals that he is also a Shadowhunter. Together, they set off to rescue Clary's mother. Along the way, they encounter a witch who tells them Clary's mother's abductors are on the trail of the Mortal Cup, which has powers to make its possessor a half-angel version of Shadowhunter. Clary and Jace find themselves attracted to each other, kiss, and are interrupted by Clary's best friend Simon. He's broken-hearted. Kidnapping by vampires, battles with demons over the Mortal Cup and a final climatic battle with a super-demon ensue. The super-demon reveals that Clary and Jace are siblings. They vanquish him, rescue Clary's mother (who's in a coma)and run off together, with Jace saying he's not so sure they're really brother and sister.
MOST POPULAR DVD RELEASES
LATEST DVD DATES
[view all]