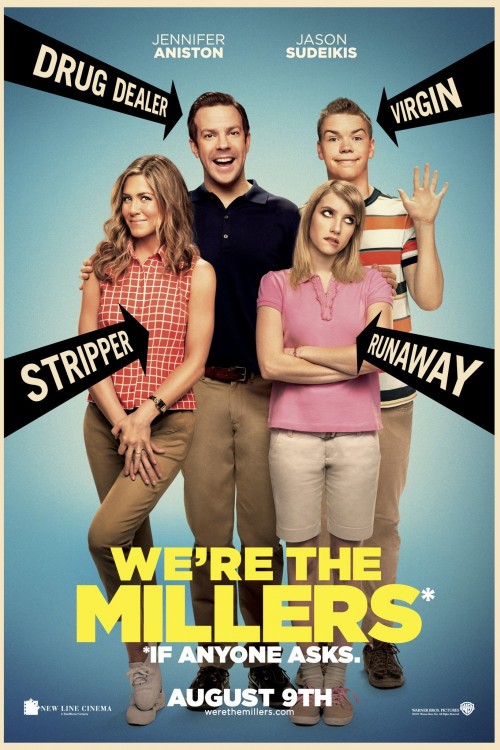 7.0
After local marijuana dealer David Clarke (Jason Sudeikis) is robbed of his savings and his stash, he needs to travel into Mexico in order to clear his debt to his supplier, rich drug lord Brad Gurdlingler (Ed Helms). Aware that returning through customs will look more legitimate with a family, Clarke hires a fake family that he dubs ?the Millers,? who are comprised of his sketchy acquaintances. Rose O?Reilly (Jennifer Aniston), a stripper, pretends to be his wife, Kenny (Will Poulter), a dorky teenager, acts as his son, and Casey (Emma Roberts), a runaway thief, poses as his daughter. Clarke takes the family through Mexico in an RV until arriving at a rival drug lord?s ranch. After Clarke cons his way into stealing a weighty shipment of marijuana from the deadly Pablo Chacon (Tomer Sisley), he rushes the family to the border in order to meet the deadline made by Gurdlinger. On the way there, the Millers are met by Don (Nick Offerman), another father taking his family on an RV through Mexico. When Clarke learns that Don is actually a DEA Agent and that Pablo Chacon is after his head, the Millers are forced to unite with hilarious results.
MOST POPULAR DVD RELEASES
LATEST DVD DATES
[view all]