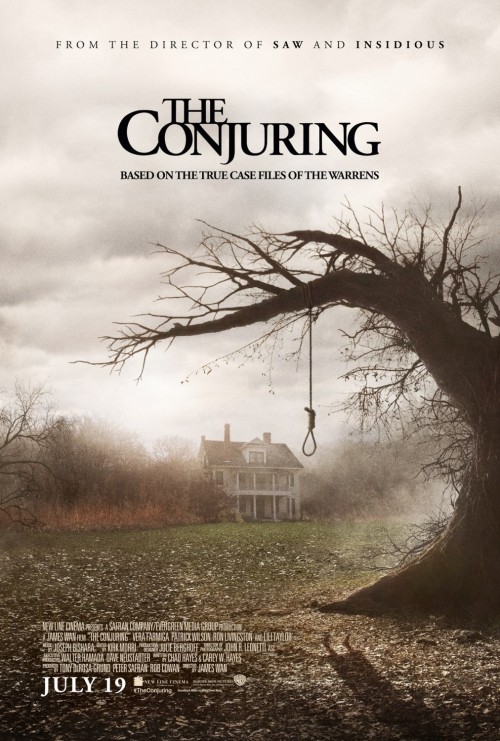 7.5
The Conjuring is an old-school horror movie that plays on our paranoia and our fear of the unknown and unseen. It tells the story of two families that come together to deal with a supernatural crisis. The Perrons, a hapless family of young teenage girls and a loving mother and father, move into an all-too-unfriendly and haunted house and are forced to seek out the help of Ed and Lorraine Warren, a married couple that research and deal with paranormal activity. At first, the haunting events are benign and more strange and creepy than dangerous, but as time goes on, the spirits of the house start to lash out in evil ways, including killing the family dog and attacking or possessing the children. Things especially take a turn for the worse when Carolyn, the mother of the Perron family, becomes possessed by Bathsheba, a vengeful spirit who killed her own children and is bent on killing the Perron children as well. The Warrens, with all their courage and wits, battle the spirit and exorcise it from Carolyn before she is able to kill one of her own children. After a grueling night, the two families emerge from the house victorious. However, the Warren family is asked to investigate another incident almost immediately after.
MOST POPULAR DVD RELEASES
LATEST DVD DATES
[view all]