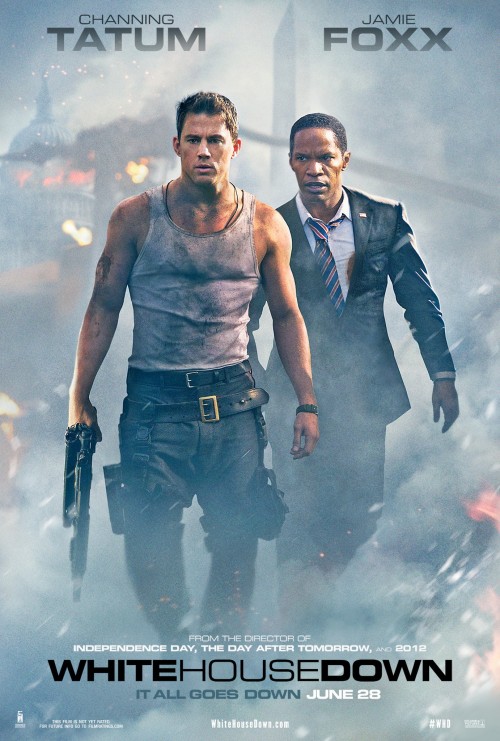 6.3
Considering movies like 2012 and Independence Day, director Roland Emmerich has spent more time destroying the world than anyone in Hollywood. That he chose to focus on a single structure could only mean he?s on the verge of making a more personal film with deep character interaction and substantial, moving subplots about the human condition. No. White House Down is everything thing you?d want in terms of bad guys, explosions and amusing banter while sweating under pressure. Reminiscent of every actioner since Die Hard, Channing Tatum and his muscles play a disenchanted cop who still hangs onto his dream of becoming an agent with the Secret Service. Fortunately, as (Hollywood) luck would have it, on the day that he flubs his interview for the job paramilitary terrorists blow half the building to ribbons and take hostages. Fortunately (again), Channing and his resplendent wife beater whisks away the president. But in a (shocking?) plot twist, the terrorists have his spunky daughter in their clutches. (Didn?t anybody tell this guy you never take anyone with you on a job interview?)
MOST POPULAR DVD RELEASES
LATEST DVD DATES
[view all]