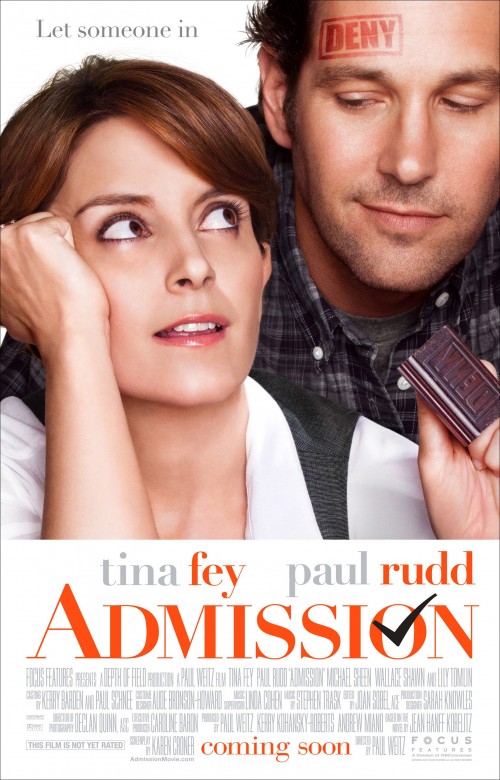 5.7
Portia Nathan, played by Tina Fey, is a Princeton University admissions officer who makes a visit to an alternative high school to find new recruitments. The school is run by free-thinking John Pressman, her former classmate, who is played by Paul Rudd. Portia is accustomed to the rigorous recruitment process that is usual for an Ivy League school, so she is caught off-guard when John asks her to consider allowing an unconventional student named Jeremiah Balakian to visit the university. Things are further complicated when John convinces her that Jeremiah is the son she gave up for adoption when she was young. Jeremiah turns out to be not quite what Princeton is looking for, but Portia finds it difficult to accept. In an act that goes against everything she has ever stood for, she breaks the rules and puts her career at risk for the son she seems to have found. She also finds some unexpected romance in the mix, which is something she had given up on after her long-time boyfriend left her for his pregnant colleague. She soon has to choose between the life she has built for herself and the happiness she never thought she would have.
MOST POPULAR DVD RELEASES
LATEST DVD DATES
[view all]