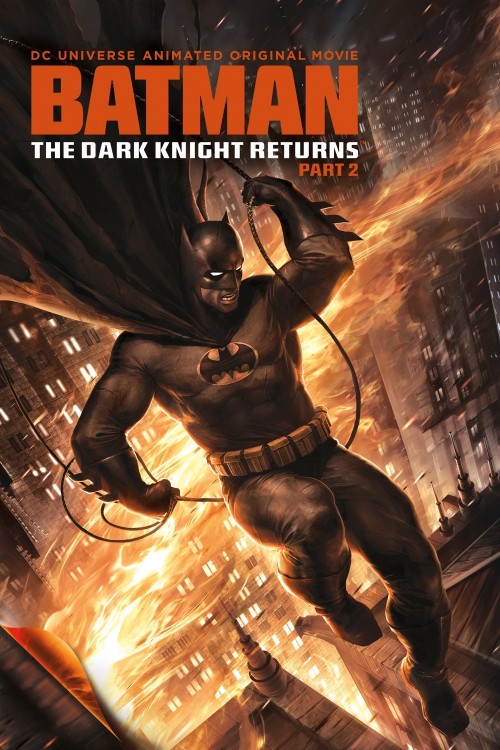 PG-13 Action, Animation
The products below contain affiliate links. We may receive a commission for purchases made through these links.
POSTERS
‹ ›

8.3
After coming out of a catatonic state, the Joker is given permission to appear on a talk show to discuss his life. Superman is instructed by the United States government to end Batman's vigilanty activities. While Batman struggles with Gotham City police officers, the Joker escapes the talk show studio and soon carries out a clever plan to take control of a congressman and call for a missile strike on the Soviet Union. Shortly after the congressman falls to his death, Batman catches up to the Joker and the Joker is killed after intense fighting. Meanwhile, Superman is overwhelmed with deflecting the nuclear strike and is wounded. The ensuing nuclear war knocks out power and chaos ensues. Batman and his followers manage to return some semblance of order to Gotham. Under the president's orders, Superman confronts Batman and challenges him to a final battle battle. With the help of his allies, Carrie Kelley, the new Robin; and former Green Arrow, Oliver Queen, Superman is defeated but not killed. After the battle, Bruce Wayne fakes his death, destroys Wayne Manner and starts making plans to continue crime-fighting.
MOST POPULAR DVD RELEASES
LATEST DVD DATES
[view all]