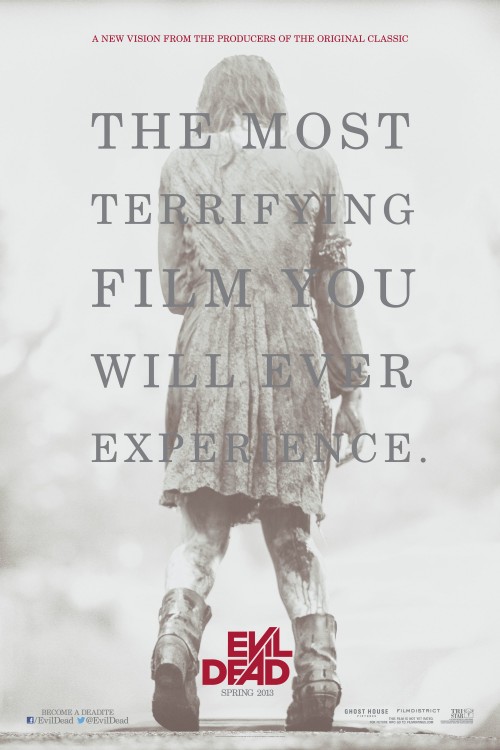 6.5
Over thirty years since the release of the original, Evil Dead has been rebooted with a modern version. Most movies of this genre feature attractive adults heading out to a cabin for a weekend of debauchery, but this film is a little different. A group of friends and relatives takes Mia to a family cabin in order to help her detox from heroin. While she's suffering withdrawals, a book of evil is found. Unwittingly, the characters release an abomination that has resided on the property, and it wastes no time entering Mia's body. She begins to get rid of the other characters one by one, and terror ensues. Mia's brother David and his friend Eric are the last two survivors, and they are willing to sacrifice Mia and themselves in order to stop the evil entity. David suffers an attack of conscience and is unable to harm Mia, so he devises another plan to end her being possessed. David's plan to save Mia is successful, but Eric becomes a host for the abomination. In order to put an end to the curse, David makes the ultimate sacrifice and leaves Mia healthy but alone. As the film ends, the evil manuscript is visible and ready to claim more souls.
MOST POPULAR DVD RELEASES
LATEST DVD DATES
[view all]