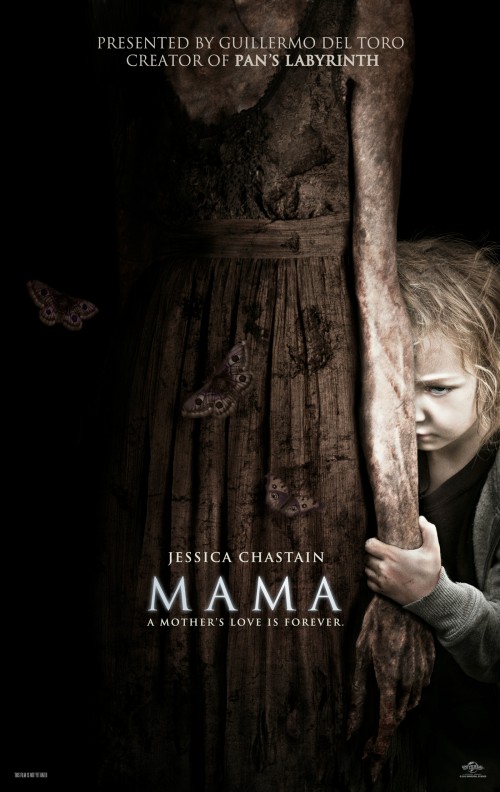 PG-13 Horror
The products below contain affiliate links. We may receive a commission for purchases made through these links.
POSTERS
‹ ›

6.2
Jeffrey, who is senior partner of an investment firm, has a severe mental breakdown and kills his wife and his two associates. He then recklessly drives his two young daughters, Victoria who is three years old and Lilly who is one, over a dangerously windy and snowy road where he loses control of the vehicle and goes over a cliff. Jeffrey winds up bringing the children to an abandoned cabin where he plans to take their lives. However, the children are saved by a ghostly being that lives in the woods. After several years go by, Jeffrey's brother Lucas finds the children. While Lucas thinks the girls have been alone, the children state that they have been raised by Mama. Lucas is granted custody of the girls and they move into the house with Lucas and his girlfriend, Annabel. They begin to realize the truth to the children's claims and that they, indeed, did not live alone.
MOST POPULAR DVD RELEASES
LATEST DVD DATES
[view all]