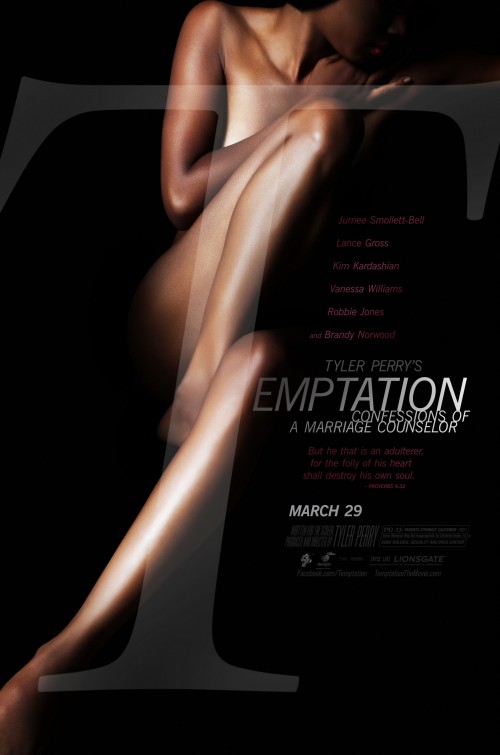 Temptation: Confessions of a Marriage Counselor (2013)

4.9
A hard-working marriage counselor, Judith, who is in a marriage of her own that has slowly become dull over the years. After feeling neglected and ignored in her six-year marriage, she quickly becomes tempted once meeting an attractive billionaire at work, Harley, who attempts to romance and flatter her. Judith's birthday passes, but her husband, Brice, forgets after the second year of neglecting her birthday. His forgetfulness pushes Judith to accept the flirtation from Harley, which quickly turns into more than a casual friendship. After attending a business trip with Harley to meet with shareholders on his private plane, Judith reluctantly begins a sexual relationship with Harley and begins to sneak out to meet him once returning home to her husband. They resume an exciting and dangerous affair, which eventually leads to Harley beating Judith, only to be found by her husband, Brice. After Brice retaliates by beating up Harley, the two leave and return home. Throughout the film, Judith is seen speaking to a client about her story and personal experience with the warnings easily seen by viewers on the dangers of having an affair and what can possibly occur due to the mistake.
MOST POPULAR DVD RELEASES
LATEST DVD DATES
[view all]