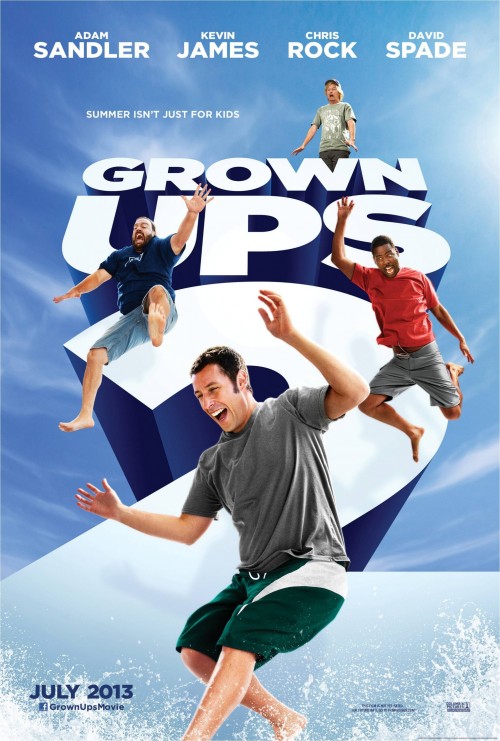 5.3
Grown Ups 2 is the sequel to Grown Ups, and features the return of the main cast of characters played by Adam Sandler, Kevin James, Chris Rock and David Spade. This film takes place three years later, and we find that Lenny Feder (Sandler) and his family have moved back to where he and his old friends grew up; a small town in Connecticut. His wife (Salma Hayek) wants another child, and Lenny isn?t exactly thrilled with the idea. What?s more, he and all of his friends have to come to terms with the fact that their kids are growing up faster than they can really handle, and what?s more, the children are about to start dating. That?s a tough thing for just about any father to handle! Mix in plenty of cameos, including those from Shaquille O?Neal, Nick Swardson, Jon Lovitz, ?Stone Cold? Steve Austin, and a particularly memorable appearance by Steve Buscemi, and you have a film worthy of the comedy that spawned it.
MOST POPULAR DVD RELEASES
LATEST DVD DATES
[view all]