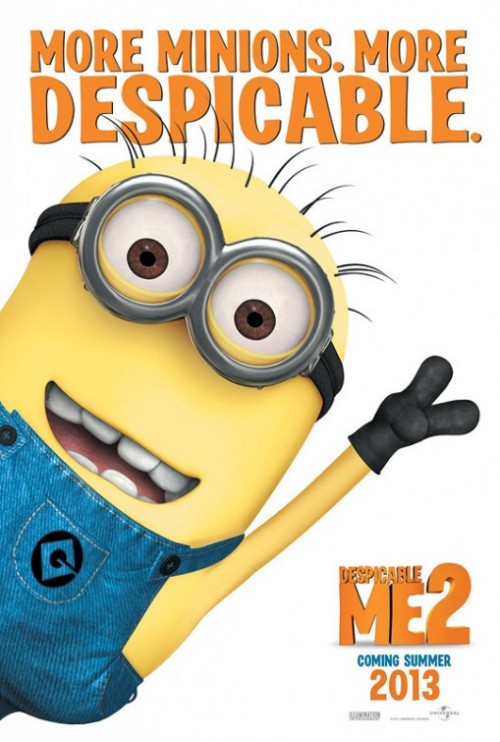 7.3
Reformed villain, Gru (Steve Carell) is recruited by superspy, Lucy (Kristen Wiig) to assist the Anti-Villain League in capturing a mysterious new villain. Gru reluctantly agrees and is forced to balance his love of intrigue with his role as father and the comfort of domesticity. Gru's devoted servants and cohorts, the minions, appear once again with their unique brand of humor and disregard for one another's safety. The minions have their own mystery to solve as Gru works with Lucy to find the villain. Unfortunately, Gru is equally distracted by the budding romance of his eldest daughter, Margo (Miranda Cosgrove) and the son of their prime suspect. The sequel also features the vocal talents of Benjamin Bratt, Russell Brand, Ken Jeong, and Steve Coogan.
MOST POPULAR DVD RELEASES
LATEST DVD DATES
[view all]