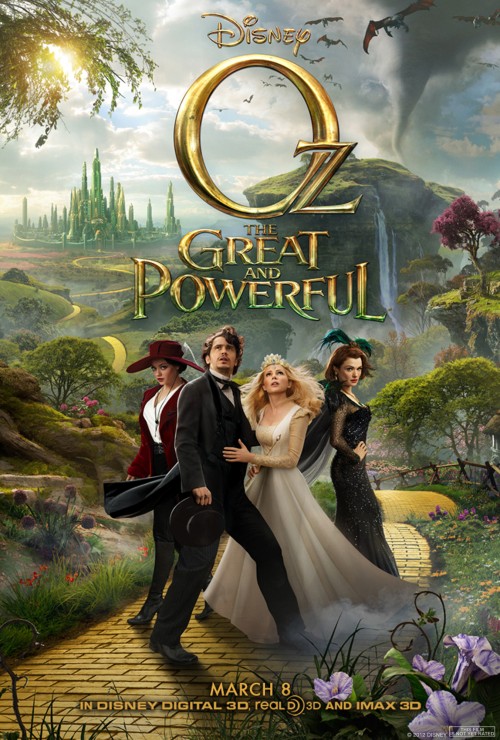 6.3
'Oz the Great and Powerful' is a 2013 movie based on the Oz novels by L. Frank Baum. The film is set 20 years prior to the story told in the original novel. It is also intended to pay homage to the 1939 MGM classic 'The Wizard of Oz' but is not necessarily a direct prequel to that film.
Oscar Diggs, nicknamed Oz, is an unimportant magician and a member of a small circus travelling through Kansas. Oz flirts with a fellow circus member, raising the ire of her husband. Fearing for his life, Oz flees in a hot air balloon but is caught in a tornado and transported to the Land of Oz.
In Oz, Oscar falls in love with a witch who believes him to be the prophesized wizard who will destroy the Wicked Witch. Oscar is an unlikely hero who doubts himself through and through, but he is eventually able to help Glinda the Good Witch overcome Evanora, the Wicked Witch.
Oscar is a hero and anointed the King of Oz. The people believe that he is a great wizard who used magic to defeat Evanora. In truth, he only used sleight of a hand, and now he is resigned to using further trickery to maintain that belief.
MOST POPULAR DVD RELEASES
LATEST DVD DATES
[view all]