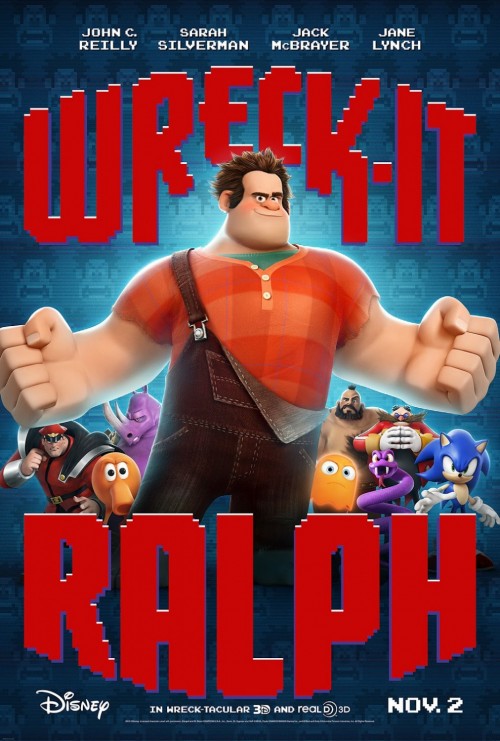 7.7
Ralph lives in the video game Fix-it Felix Jr. He spends his days wrecking things while the good guy, Fix-it Felix Jr., fixes what he wrecks. Ralph feels lonely because everyone in his game hates him for doing what he was programmed to do. He wants to be like all the good guys. He wants to live in the penthouse, have parties, and eat cake. Ralph decides to go out of his game and earn himself a medal so he can be a good guy too. Ralph travels to game central station and enters into a game call Hero?s Duty. He realizes that being a good guy is not so easy, and decides to just take the medal. Ralph is subsequently launched out of Hero?s Duty via space ship. He finds himself, along with a deadly enemy from Hero?s Duty, within a racing game called Sugar Rush. He then meets Vanellope Von Schweetz. Ralph and Vanellope make an amazing discovery within Sugar Rush. Turbo, a character from another game, has hidden himself within Sugar Rush. Ralph must defeat Turbo and the enemy that threatens the entire arcade before it is too late.
MOST POPULAR DVD RELEASES
LATEST DVD DATES
[view all]