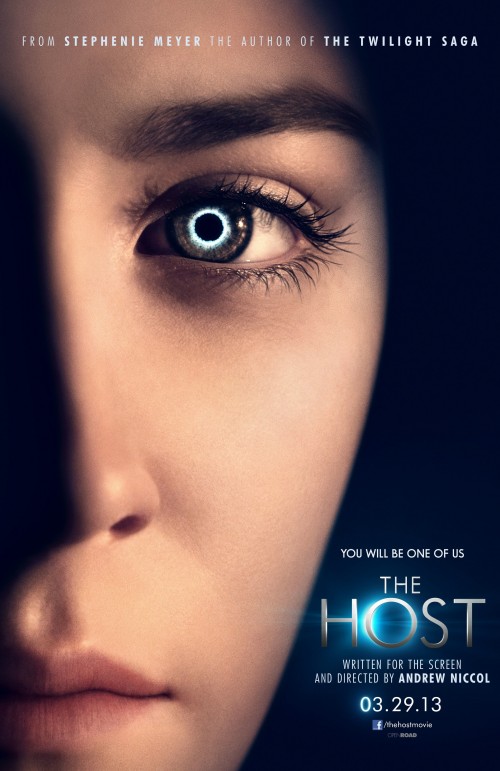 PG-13 Action, Adventure, Romance
The products below contain affiliate links. We may receive a commission for purchases made through these links.
POSTERS
‹ ›

5.8
The Host is a thriller sci-fi movie that is based on an alien race trying to take over different planets in the galaxy. This alien race has finally made its way to earth and is slowly taking over the bodies of humans. The aliens inhabit the human bodies and this erases all traces of a memory that the previous human might have had. Many humans were able to run away from the aliens and have joined forces to try to get rid of them before it is too late. The story continues on to detail the life of a girl who was inhabited by an alien but who has retained all of her human memories. Even though she has an alien inhabiting her body, she still knows that she is human and she remembers everything that happened in her life. This girl is told by the aliens to track down the humans who have evaded them and she cannot do this since she still has her human instincts intact. The story goes on to tell about her trying to save her fellow humans even though the aliens are trying their best to take over the entire world and all of its inhabitants.
MOST POPULAR DVD RELEASES
LATEST DVD DATES
[view all]