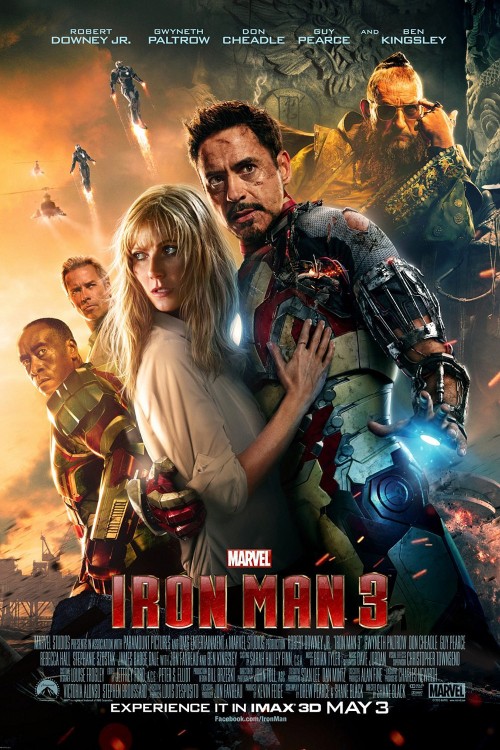 7.1
Iron Man 3 begins not far from where the previous movie in left off; Tony Stark finds himself struggling to deal with the aftermath of Loki's attacks on New York City in the previous film. The drastic events have left Tony with post traumatic stress disorder and he is highly agitated, finding himself unable to sleep. At night, when he worries most and cannot sleep, he finds himself designing prototypes of the Iron Man suit in order to make it stronger. Not too far into the film, Tony Stark catches wind of another planned attack that leaves him with no choice but to don the suit once again and prepare to defend the land. The villain in this movie is known simply as the Mandarin and it is believed that this villain has planned a huge attack in the highly populated city of Los Angeles. Unfortunately, the Mandarin is thinking one step ahead and attacks Tony's mansion before he has the chance to confront him. As a result of the destruction, Tony Stark is left with very little aside from an old prototype suit, giving him no choice but to get the suit working again in order to save the city of Los Angeles from sure destruction.
MOST POPULAR DVD RELEASES
LATEST DVD DATES
[view all]