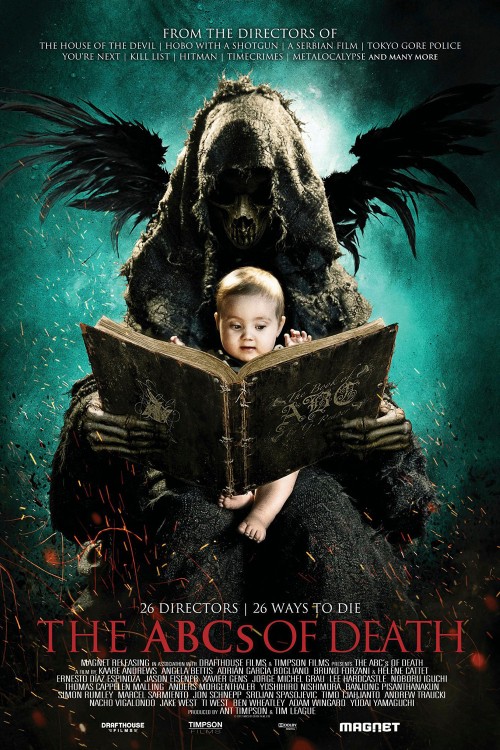 4.7
The ABCs of Death is a creative horror anthology with each segment directed by a different individual. This unique film features 26 separate chapters, each of which tells a story about death beginning with a letter of the alphabet. The idea for the movie was inspired by the children's books that touch on various subjects for each letter of the alphabet. Every segment director was given free creative reign to come up with a particular word related to death and built the story upon that word. The result is a series of segments that range from humorous to absolutely shocking.
MOST POPULAR DVD RELEASES
LATEST DVD DATES
[view all]