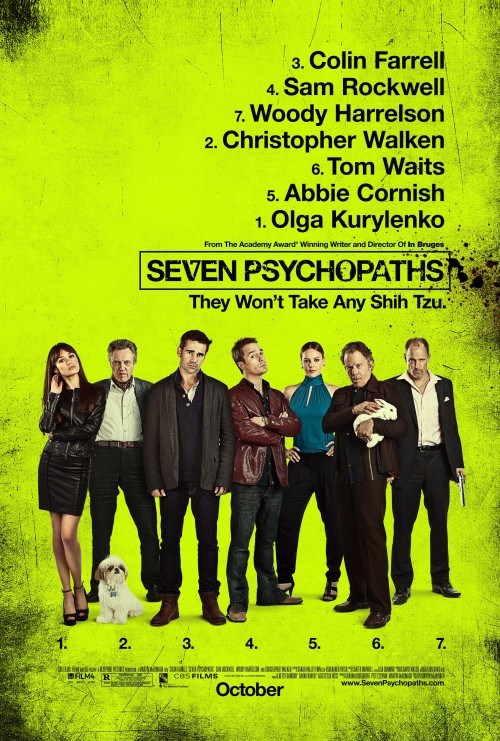 R Comedy, Crime, Thriller
The products below contain affiliate links. We may receive a commission for purchases made through these links.
POSTERS
‹ ›

7.1
Dark, dark comedy about a screenwriter struggling to finish his screenplay, titled "Seven Psychopaths." Surrounded by kooky friends, he accepts help creating back stories for each of his seven psychopaths. Meanwhile, one of his friends, who makes his living kidnapping dogs and then collecting the reward money, unintentionally kidnaps the beloved pet of a gangster. The gangster not only wants his dog back, but also revenge. The friends attempt to manage the situation, which gets more and more entangled as it is revealed that some of the psychopath stories were based on real events, and one was enacted as it as being created. A failed final showdown between the dognapper, the gangster, and various associates and wanna-be's eventually leads to jail or death for most of the characters. But not for our screenwriter, who completes his script, makes his movie, and adopts the gangster's dog.
MOST POPULAR DVD RELEASES
LATEST DVD DATES
[view all]