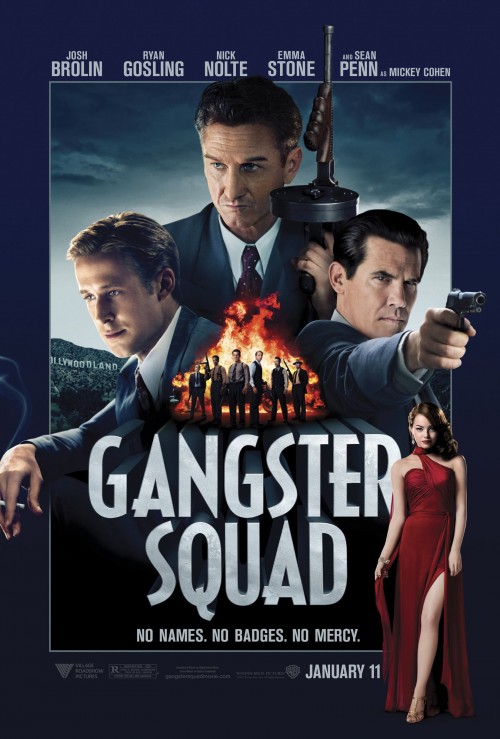 6.7
Gangster Squad is an action and drama film that is based on the true story of Mickey Cohen, a mob king who runs the city of Los Angeles in 1949, and the two police offers who attempt to take down the criminal and his team. The criminal activity in L.A. quickly increases once Mickey Cohen (Sean Penn) arrives as he quickly corrupts the judges and police, making it difficult to stop his influence on the city. A special unit of police is then formed, led by Police Chief William Parker (Nick Nolte), with the help of Seargant John O'Mara (Josh Brolin), and four other cops. Although the group is initially reluctant to participate, they agree after witnessing Cohen's crew murder an innocent young boy on the streets. The film highlights the classic elegance of the late 1940s with plenty of car chases and machine guns, while Grace Faraday (Emma Stone), Mickey Cohen's mistress, puts her life and the police's lives at risk after forming a relationship with Sgt. Jerry Wooters (Ryan Gosling), who is also a part of the special unit. As the police unit try to stay one step ahead of the mob king, they risk their lives in the process to bring back the safety that was once in Los Angeles.
MOST POPULAR DVD RELEASES
LATEST DVD DATES
[view all]