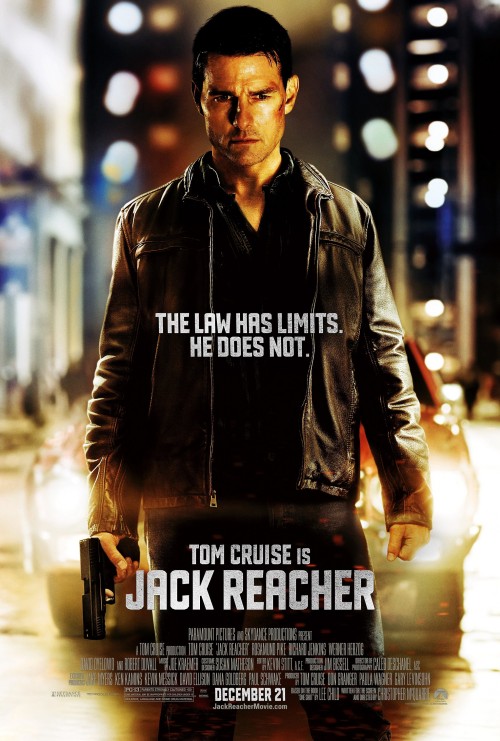 PG-13 Crime, Drama, Thriller
The products below contain affiliate links. We may receive a commission for purchases made through these links.
POSTERS
‹ ›

7.0
Jack Reacher begins when a former US Army sniper named Barr kills four people in downtown Pittsburgh. He is quickly captured by police, and while being interrogated, asks to speak with Jack Reacher, a former US Army Military Police officer. Reacher, having seen the face of the suspect on the news, shows up almost immediately. Reacher is interviewed by the Barr's defense attorney. Reacher explains he is familiar with Barr from his days in the military, and describes him as a man who joined the Army to kill people legally. Reacher is then involved in a bar fight with a group of men he suspects have been hired to force him to drop the investigation. Reacher then discovers the people behind the murders are a group of seemingly legitimate-looking businessmen that are actually Russian mobsters. The Russians capture Barr's attorney and hold her hostage, but Reacher is able to free her, but is forced to flee, unable to clear his own name.
MOST POPULAR DVD RELEASES
LATEST DVD DATES
[view all]