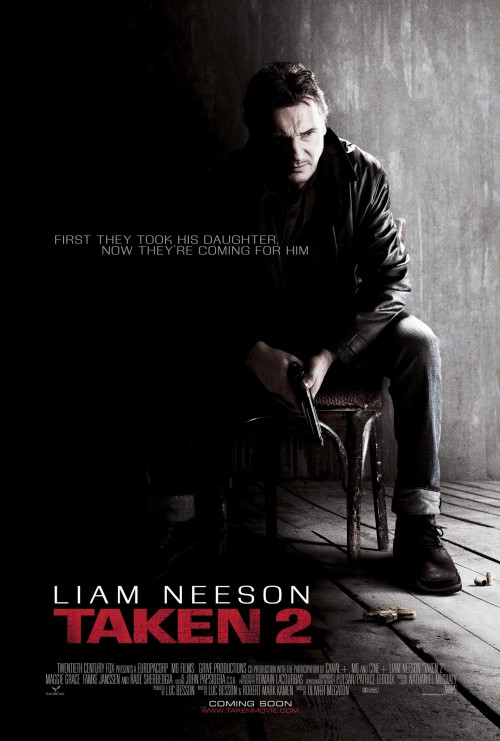 6.2
The leader of the mobsters behind the kidnapping in Taken open this film by talking of their plans to kidnap and kill Bryan Mills, who had killed many of their members rescuing his daughter Kim in the first film. Kim and her mother, Lenore, surprise Bryan by arriving in Turkey as he is finishing a security job. Lenore and Bryan go out for lunch when the mobster strike, kidnapping them both. Before being taken, Bryan manages to get a call to Kim, warning her so she can escape. While being held, Bryan uses a phone hidden in his sock to help guide Kim to him. She helps him escape with a gun she brought from his room. While Bryan managed to escape, he was to get to Lenore. He takes Kim to the US embassy and begins to retrace the route to the mobsters safe house. Bryan rescues Lenore, killing most of the gang in the process. When given the chance to let Bryan walk away, the head of the gang attempts to kill Bryan. Bryan kills him and returns to his family. Three weeks later the family is in Los Angeles at a diner. Kim's boyfriend joins them to celebrate Kim passing her driving test, and it is hinted that Lenore and Bryan have rekindled their relationship.
MOST POPULAR DVD RELEASES
LATEST DVD DATES
[view all]